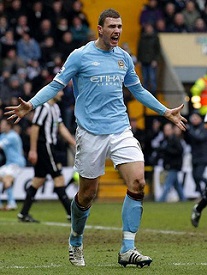 Chelsea’s defeat at Goodison Park, despite having 22 shots on goal scuppered our Premier League betting tips double last weekend, but Tottenham’s comfortable win over Norwich ensured we still made a return.

Despite losing to Man City on the opening round of fixtures, Newcastle have turned things around beating Fulham and Villa in their last two fixtures.

Alan Pardew has one man to thank for the turnaround in results and that is the talented Frenchman, Hatem Ben Arfa, who has found the net twice and created another in recent games.

With Cabaye back in the Newcastle engine room and Remy back fighting fit, they are at full strength and will look to push on this weekend when they take on Hull City Tigers.

Newcastle are undefeated at St James’ Park in the Premier League and another victory on Saturday could see them make it three wins in succession.

Opponents Hull have only won 1 in their last 11 Premier League games and will come into this match as the underdogs.

They have also lost both of their away games this season by two goals to nil on each occasion. Although, these results came at the hands of Chelsea and Man City.

Finishing things off on Sunday afternoon we have the luxury of the Manchester derby, where City host United at the Etihad.

Both Manchester sides had successful midweeks where they beat their respective Champions League oppositions. United triumphed 4-2 over Bayer Leverkusen, whilst City travelled to the Czech Republic to defeat Plzen by 3 goals to nil.

This cracking matchup pits two new managers against each other with Pellegrini and Moyes both experiencing their first ever Manchester derby. The atmosphere is sure to be electric and this will give added energy to both sides, especially City with the home crowd behind them.

Man City are in fine attacking form having scored at least 2 goals in 9 of their last 11 games, whilst Rooney has rediscovered his form and confidence following the summer fiasco to create a deadly partnership with RVP.

With the league’s two best strikeforces coming face to face, both defences will need to be at the top of their game to prevent the match from becoming the goalfest we all hope it will be.