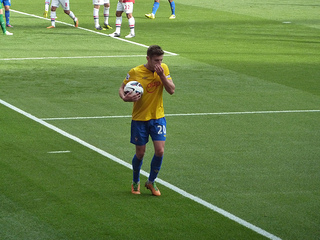 With a full list of fixtures this weekend, we’ve picked out the best Premiership predictions including Southampton’s visit to Wigan and Sunderland’s trip to the Madejski Stadium.

Southampton were deeply unlucky to lose against Manchester United on Wednesday and the early signs of Mauricio Pochettino’s reign look encouraging.

The Saints managed 20 efforts on goal at Old Trafford, the highest total by an away team this season and the south coast side go into Saturday’s game on the back of one defeat in the last seven matches in the Premier League.

Luke Shaw could be back for Southampton, whilst Adam Lallana could be in line for a start after coming off the bench against Manchester United following injury. Norwegian centre-half Vegard Forren could be named in the starting line up after his January move from Molde.

Hosts Wigan won the reverse fixture earlier in the season, but the omens for Roberto Martinez’s side this time around are a lot worse, with just one win in 11 games for the Latics.

Arouna Kone is still away on Africa Cup of Nations duty, so Martinez could name the same eleven that salvaged a point at the Britannia Stadium, despite the arrival of loan signing Paul Scharner on transfer deadline day.

Wigan have failed to keep a clean sheet at the DW Stadium in the league this season and the Latics also remain win-less in five games at home.

The spending power of QPR makes Roberto Martinez’s task of Premier League survival even more difficult this time around and the recently impressive Saints could take a giant step towards safety with victory at the DW Stadium this weekend.

Recommended Bets
Double chance on Southampton (to win or draw) to win @1.70

Adam Le Fondre’s late showing on Wednesday secured a much needed point for Reading, pushing the Royals out of the bottom three for the first time since November.

Le Fondre‘s recent form and impact from the bench has been superb and without the English striker’s goals this season, Reading would be 10 points adrift of safety.

Brian McDermott’s side have showed good form recently, winning three out of their last five matches in the league and the Russian-backed outfit may fancy their chances of further points on Saturday.

Visitors Sunderland are unbeaten in three matches after playing out a goalless draw with Swansea during the week and Martin O’Neill’s side could move 12 points clear of the relegation zone with victory on Saturday.

The arrival of Danny Graham will be a welcome boost for the Black Cats with top scorer Steven Fletcher having failed to score in five of his last six appearances for the club. Sunderland have been responsible for three of the nine instances where a team has failed to record a shot on target in the Premier League this season, so the animosity towards Newcastle fan Graham may have to be tempered by the Black Cats.

Six of Sunderland’s last seven away games have gone over 2.5 goals and the expected switch to a 4-4-2 formation may see this record continue.

Reading have kept only three clean sheets all season and the likelihood of goals on Saturday remains high, with in-form Le Fondre pushing for a start.