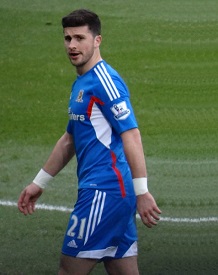 Goals from Raheem Sterling and Luis Suarez saw us bank both of our Premier League betting tips in the Norwich v Liverpool match, whilst Crystal Palace’s victory at Upton Park completed a hat-trick of winning free football tips last weekend.

Fulham will be looking to get their Premier League survival back on track, after a disappointing 3-1 defeat at White Hart Lane.

The Cottagers have the second worst home record in the Premiership this season, but two wins in the last three games at Craven Cottage has given the west London club renewed hope of avoiding the drop.

Fulham welcome back Lewis Holtby to the side, after missing last weekend’s game against his parent club, whilst Scott Parker, Kieran Richardson, Sascha Reither and Mahamadou Diarra could all be available for Felix Magath’s side.

The hosts continue to have the worst defensive record in the Premier League, with a susceptibility to set-piece plays still yet to be ironed out.

Opponents Hull will be weary of slipping any further down the table, following a 3-0 defeat to Arsenal, but the visitors do at least have Shane Long available.

Steve Bruce’s side have lost 11 of their last 17 matches in the Premier League, but the club’s adventure in the FA Cup has ultimately left the Tigers taking their eye of the ball in the Premiership.

Hull have the third worst away record in the division, but the Tigers have won the last two meetings including a 6-0 victory in the reverse fixture this season.

A win for Fulham could haul the Cottagers outside of the bottom three and Felix Magath’s side look well placed to pick up three points in their attempts to avoid relegation this term.

Everton will be bidding to keep their hopes of a top-four finish alive, with a trip to St Mary’s Stadium on Saturday.

The Toffees have won eight of their last nine matches in the Premier League, but injuries to Roberto Martinez’s Champions League chasing squad are beginning to mount up, with Kevin Mirallas the latest casualty.

After failing to win any of their previous five games away from Goodison Park, Everton have now won each of their last three games on their travels, but the Saints still remain the best side for retaining possession (59.5%) in the league.

Roberto Martinez’s side have won 18 and lost just one of their 20 league games, in which they have opened the scoring; a key trend that may be worth following as an in-play pointer in the early kick-off this weekend.

Opponents Southampton have now gone three games without a win, after drawing a blank at Villa Park last time out.

Mauricio Pochettino’s side failed to put a single shot on target in the second half of that game, whilst the hosts have not scored in open play for four hours and 31 minutes.

The Saints have lost five of their last nine games in the league and the south coast side have a look about a team that is merely playing out until the end of the season.

Everton are have not lost to Southampton in any of the last eight meetings in all competitions and despite a growing list of injuries, the Toffees should the away side will need a positive result this weekend if they are to keep the pressure on Arsenal and the last remaining Champions League place.