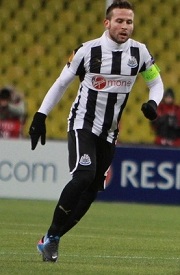 With a full roster of Premiership matches to choose from, Sportingly Better picks out the best Premiership betting tips on New Year’s Day, as West Brom host Newcastle United.

West Brom will be hoping to quickly find a winning formula in the league, after an entertaining 3-3 draw at Upton Park.

Goals from Nicolas Anelka and Saido Berahino highlighted some of the goalscoring capacity the Baggies do possess, whilst Matej Vydra contributed his first goal for the club just over a week ago.

Strikers Shane Long and Victor Anichebe are both nearing a return, giving caretaker coach Keith Downing a full arsenal of attacking talent to choose from.

West Brom have not won any of their last nine matches in the Premier League, form that continues to lessen the appeal of the current managerial vacancy at the Hawthorns.

Visitors Newcastle found themselves on the end of a scrappy 1-0 defeat at home to Arsenal last time out, but Alan Pardew’s side will be hoping for better fortune against the Baggies on Wednesday.

The Magpies have no injury concerns heading into the match, with the club likely to name an unchanged side for the trip to the Midlands.

Newcastle have won seven of their last 10 matches in the Premiership and a win on Wednesday could see the visitors climbing into the top six come the turn of the year.

The last 11 meetings between the two sides have seen both teams scoring and with plenty of attacking potential on the pitch, the Hawthorns could bring in the New Year with a bang on Wednesday.