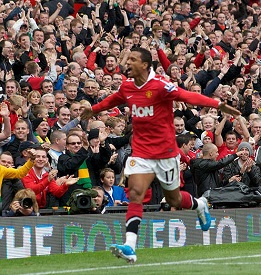 Manchester City’s 4-2 victory  over Fulham saw us land both of our betting tips last weekend, as we won our 12th betting tip from the last 16 selections in the Premier League.

Manchester United fought from two goals down to pick up a vital victory at the KC Stadium, as the Red Devils won their third game in a row.

Injuries continue to creep into David Moyes’ side, with Rafael the latest casualty. The Brazilian right back joins Robin Van Persie, Marouane Fellaini, Nani, Phil Jones, Michael Carrick on the injury list and with Antonio Valencia suspended, the Scottish manager will have to carefully shuffle his pack.

Manchester United have not lost in any of their last 10 matches away from home in all competitions, form that has seen the Red Devils go undefeated on the road for over three months now.

Wayne Rooney continues to enjoy rejuvenated form for his old manager and with club captain Nemanja Vidic and Robin Van Persie both expected to return from injury in the near future, the Premier League champions may continue to close the gap at the top of the table.

The Canaries have still yet to get going this season, but summer signing Gary Hooper has at least found some form in front of goal.

Norwich have beaten Manchester United on two of the three occasions they have hosted them in the Premier League, but a crunch match against Crystal Palace on New Year’s Day could serve as a distraction to Chris Hughton’s side this time around.

Only Fulham have conceded more goals than Norwich this season and with Manchester United having scored at least twice in their last six away games in the Premier League, expect plenty of entertainment at Carrow Road today.