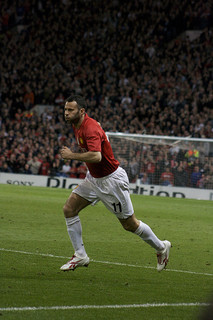 Manchester City’s defeat at White Hart Lane on Sunday left Manchester United just one win away from clinching the Premiership, as the Red Devils chase a record 20th league title.

Only Tottenham and Manchester City have took points off the Red Devils at Old Trafford this season, with Manchester United having won 14 of their last 16 matches at home in the league.

The Red Devils could break Chelsea’s record points haul of 95 points by winning their last remaining five games in the Premier League; a feat that “is not beyond the team at all” according to manager Sir Alex Ferguson.

Manchester United have scored in each of their last 21 games in the league and the return of form of Robin Van Persie could be crucial for the Red Devils with strike partner Wayne Rooney looking out of sorts in recent weeks.

Javier Hernandez could be named ahead of Wayne Rooney in this match, with Ferguson thought to be keen on including Shinji Kagawa after producing starring roles in his last couple of appearances for the club.

Phil Jones could come back into midfield alongside Michael Carrick, but former Villain Ashley Young will be unable to face his old side after being ruled out for the rest of the season with an ankle injury.

Opponents Aston Villa have won three of their last five matches in the Premier League and an unexpected win on Monday could leave the Midlands club six points above nearest rivals Wigan and the drop zone.

Only Manchester City have stopped Aston Villa from scoring in the Premier League in any of their last 11 games and Paul Lambert will look to name an attacking line-up for tonight’s match, with Gabriel Agbonlahor back available.

Aston Villa have scored at least two goals in five of their last six away matches in the Premier League. Back Aston Villa to score two or more goals at 5.50.

PFA Young Player of the Year nominee Christian Benteke will spearhead the attack, with the dynamic Andi Weimann and Charles N’Zogbia providing support from midfield.

Manchester United have only managed to win by more than two goals twice at home this season and with Aston Villa capable of scoring, expect the Villains to keep the Premier League leaders in touch tonight in a game that could see Sir Alex Ferguson’s side crowned English champions.