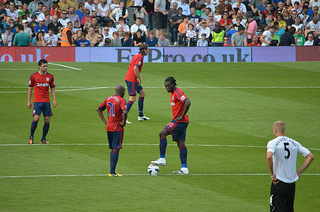 Manchester City and Tottenham meet at White Hart Lane this weekend, as the battle for Champions League football continues to intensify. Elsewhere Liverpool host Chelsea and QPR face Stoke in a crucial match at the bottom of the table.

Newcastle’s 3-0 defeat in the Tyne-Wear derby on Sunday left the Magpies reeling, as the club’s relegation worries continued.

Injuries and Sunday fixtures have robbed Newcastle of any sort of consistency this season, with Ryan Taylor’s cruciate ligament injury the latest set back for Alan Pardew’s side.

First choice goalkeeper Tim Krul is likely to miss the rest of the campaign, whilst defenders Davide Santon and Fabricio Coloccini are both sidelined. Vice captain Yohann Cabaye is an injury doubt, but Mathieu Debuchy and Hatem Ben Arfa are both now available.

Newcastle have lost nine out of their last 11 away matches in the Premier League and the Europa League quarter finalists will need to quickly address their form on the road if they are to put points on the board and stave off relegation.

Hosts West Brom have not won in three games and questions over the squad’s motivation look set to be increasingly asked, with the Midlands club having already ensured their status in the Premier League.

Youssuf Mulumbu continues his suspension, so Chris Brunt should continue to deputise alongside Claudio Yacob in midfield. Striker Romelu Lukaku should return to the starting line up, after sitting out West Brom’s last match with Arsenal, so Shane Long and Peter Odemwingie will make the bench.

West Brom have a good record at the Hawthorns, winning nine of their last 16 games at home in the Premier League, but a recent lack of clean sheets continues to derail the Baggies performances earlier in the season.

This fixture has been historically full of goals with both teams having scored in each of the last 10 meetings in all competitions and Newcastle’s urgency to find points should see Saturday’s match following suit.