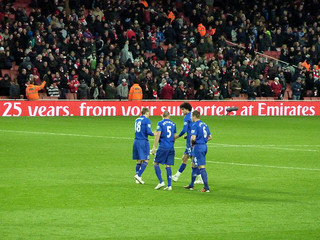 Reading and QPR are still without a win after the two sides fought out a 1-1 draw at the Madejski Stadium.

Everton extended their unbeaten run to seven games following a 2-2 draw at Craven Cottage, Tottenham suffered a surprise 1-0 loss at home to Wigan, whilst Aston Villa secured a vital win at the Stadium of Light.

There are worrying signs for Sunderland after another lacklustre performance, in which the Black Cats failed to score for the fourth time this season.

Only summer signing Steven Fletcher has scored for Sunderland and if you take out Demba Ba’s own goal on matchday seven, Sunderland’s goalless run extends to four games. The lack of goals is hardly a mystery for Martin O’Neill, whose side have only managed 13 shots on target all season.

O’Neill’s side however does contain quality, but Adam Johnson has yet to find his feet, Stephane Sessegnon hasn’t scored in 21 games and James McClean is struggling to find his form of last season. Just two defeats suggests there is resilience in the side, but without much needed goals the Black Cats will continue their win-less run in the Premier League.

Hosts Everton meanwhile are enjoying an untypically fast start to the season and the growing sentiment is that David Moyes has assembled arguably his finest squad at Goodison Park during his 10 years at the club.

Marouane Fellaini is fast becoming a focal point in the Everton attack, but it’s the threat down the left with Steven Pienaar and Leighton Baines that has caused problems. England call-up Leon Osman is an engineering player in midfield, whilst strikers Nikica Jelavic and Kevin Mirallas continue the fluidity of play in Moyes’ attack. Everton have scored two or more goals seven times already this season and The Toffees have even scored more goals than champions Manchester City.

Everton are unbeaten in 18 games against Sunderland in all competitions and Moyes’ record against the Black Cats is particularly compelling.

After four successive draws in the Premier League Everton should get back to winning ways against a shot-shy Sunderland.