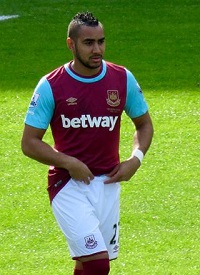 This week our Premier League tips come from Villa Park, as Newcastle look to continue their resurgent form under Rafa Benitez hoping to avoid the drop and from Upton Park as West Ham continue to chase European football.

Newcastle United gained a much needed win over Crystal Palace last time out, but the Magpies did get a helping hand from former player Yohan Cabaye who missed a penalty with the score at 1-0.

Rafa Benitez has seen his side pick up form at a crucial time of the season and despite suffering a 3-2 defeat to Norwich City a few weeks ago, they’ve bounced back with eight points from their next four league games which has propelled them out of the relegation zone. The club have played a game more than rivals Sunderland and Norwich but do have at least some more points on the board than their relegation candidates.

Hosts Aston Villa had one of their better performances of the season all in all, but the relegated side still fell to a defeat away to Watford, with Troy Deeney hitting a double late on in the match.

The Villains have picked up just three victories all season and another win is hard to see coming before the season closes.

Visitors Newcastle won’t have a better chance in their remaining two games of taking all three points and with the increasing momentum, expect Rafa Benitez’s side to come to Villa Park and claim the win.

After a run of five draws in six matches, West Ham have returned to winning ways with successive Premier League victories over Watford and West Brom.

If West Ham turned a couple of them draws into victories they may well have had a better chance of breaking into the Champions League places, but Slaven Bilic’s side will no doubt be content with qualifying for the Europa League in his first season as manager at Upton Park given the fact that both Leicester and Tottenham have claimed two Champions League places this season.

Visitors Swansea gained a very creditable 3-1 victory over Liverpool last time out, but Jurgen Klopp did heavily rotate his squad ahead of a hugely important Europa League clash with Villarreal at Anfield.

The Swans have not won in any of their last six head to head meetings against the Hammers going into this weekend’s match and the Welsh side definitely have an end-of-season feel about themselves currently. Francisco Guidolin’s side can still finish in the top half and that may be enough motivation to make Saturday’s game competitive enough.

The hosts will be confident of a top-six finish going into the weekend and Slaven Bilic’s side look well priced to take all three points at Upton Park.