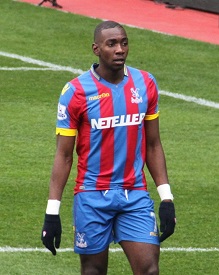 This week our Premier League tips come from Newcastle, as Alan Pardew returns to St James Park and at Liverpool as Everton take on Bournemouth.

Newcastle showed tremendous character and fight last time out against Liverpool, as Rafa Benitez’s side came back from 2-0 down to pick up a crucial point at Anfield.

The Magpies will see former manager Alan Pardew return to St.James Park for the first time since he left the club in 2014 and although the Eagles have had an indifferent campaign in the Premier League the south London club have an FA Cup Final against Manchester United to look forward to.

Crystal Palace sit relatively comfortably on 39 points and although the visitors are unlikely to slip into the relegation mire now, Pardew will still want to carry some sort of momentum going into the FA Cup Final next month.

Hosts Newcastle were on the end of an emphatic 5-1 defeat at Selhurst Park back in November and although Alan Pardew will be motivated against his former club, the Magpies will be pressing the case and should find the back of the net this weekend.

Everton look set to endure one of their worst finishes in Premier League history and question marks continue to persist over manager Roberto Martinez’s future.

The Toffees sit in the bottom half of the table on 41 points and their record at Goodison Park can only be described as dismal, with the Merseyside club having picked up just 17 points from 17 matches; a return that can only be worsened by bottom club Aston Villa.

Opponents Bournemouth have an end-of-season look right now, with four defeats in their last five games. The Cherries have proved a threat to many of the big sides in the league and manager Eddie Howe may look at rotating more of his squad, after defying the critics to keep his side in the Premier League.

Everton haven’t won in the league since the first day of March with victory over Aston Villa and despite the poor form of both sides, expect Romelu Lukaku to find his feet and fire past a defensively vulnerable Bournemouth side.