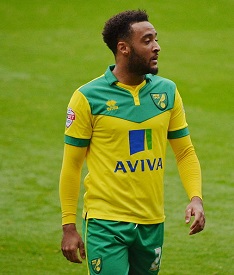 Premier League tips from Manchester City’s match to Watford and Norwich’s trip to Southampton provide all the betting action for this weekend.

Watford are the favourites to finish rock bottom this year after questionable signings in the foreign market and also changing their manager despite achieving promotion last year.

The Hornets travel to the Etihad Stadium where they face the Premier League’s current best side, with Manchester City having taken maximum points; scoring eight goals in the process.

Raheem Sterling’s signing has enabled David Silva to occupy a more central position and the Spanish playmaker has been instrumental in City’s victories.

Jesus Navas is the one attacking player who still needs to prove himself for the Citizens, but with the other options on the pitch they’ve blew away West Brom, Chelsea and Everton so far.

Watford almost caused a cup upset last year when they took a 2-0 lead at City into half time but a second half hat trick from Sergio Aguero sealed a 4-2 victory for Manuel Pellegrini’s side. City fielded a significantly weaker side for the FA Cup 3rd round tie, but will be fielding a full-strength side for this Premier League encounter.

The last time these two sides met in the Premier League was in the 2006/07 season and both meetings ended up in draws. However, after City’s sensational start I fully expect a rampant home victory.

Norwich City have been very impressive in their return to the Premier League and with Alex Neil as manager he has shown no fear in his debut season in England’s top flight.He is the youngest manager in the Premier League but has gained a respectable four points out of a possible nine.

Hosts Southampton have struggled so far to balance Europa League commitments with their domestic fixtures and have drawn three out of their last four matches, whilst also being comprehensively beaten 3-0 by Everton.

Norwich’s 3-1 loss to Crystal Palace on the opening day of the season was flattering for Palace and they then came up against an in-form Jack Butland of Stoke City last weekend. They lost on their previous visit to St.Mary’s by a 4-2 score line but just 4 who started that game are likely to feature on Sunday with John Ruddy, Steven Whittaker, Jonny Howson and Alexander Tettey the only survivors.

Southampton’s Saido Mane has been strongly linked with a move to Manchester United but the former Red Bull Salzburg winger came off against Watford on Sunday with concussion, so Shane Long could step up and take Mane’s place.

Norwich are unbeaten away from home since Alex Neil took over and will travel to the south coast expecting to take a result back to East Anglia with them.