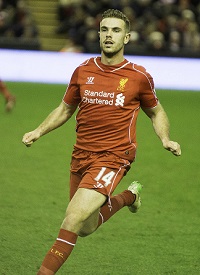 It’s been a difficult end to the transfer window for Manchester United, with the capture of 19-year old Anthony Martial for up to £58 million causing a significant amount of surprise and shock across the globe.

The decision to move on Javier Hernandez coupled with James Wilson’s likely loan move to a Championship side, leaves Louis van Gaal with the unlikely striking rosta of Wayne Rooney, Anthony Martial and midfielder Marouane Fellaini and with five solid months of domestic and European football, much will be made about the manager’s decisions and Ed Woodward’s summer recruitment drive.

Manchester United did the double over Liverpool last season, with Spanish playmaker Juan Mata scoring three goals and a goal during the international break has left Mata as an interesting punt as the first goalscorer at betting odds of 8.50.

Opponents Liverpool have strengthened considerably over the summer, but their most expensive purchase Christian Benteke has yet to find his feet for the Reds, but Daley Blind’s failure to deal with Bafetimbi Gomis in United’s last game could give Benteke more opportunities on Saturday.

After a surprising 3-0 defeat at home to West Ham, Liverpool will be looking to bounce back, but with Philippe Coutinho missing out through suspension, expect the hosts to scrape through.

Gary Monk has continued his formidable work since taking over from Michael Laudrup at the Welsh club and he’s gained four points from losing positions against Manchester United and Chelsea.

Watford have struggled of late which is hardly surprising given the radical overhaul in players at Vicarage Road. The Hornets haven’t scored in any of their last four fixtures which includes two 0-0 draws at home to West Brom and Southampton.

Swansea could jump up to 2nd place with a win as Leicester play on Sunday and leaders Manchester City face Crystal Palace.

Although the Welsh side have had a modest transfer window, the club have maintained all their star assets including Ashley Williams and Gylfi Sigurdsson which has been a massive factor in their positive start to the 2015/16 season.

Given Watford’s failings in front of goal during the opening few games, there is a lot of appeal with the away side y to score first.