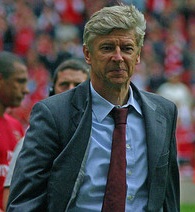 Arsenal will be hoping to close the gap down to four points on rivals Tottenham, as the Gunners entertain West Ham at the Emirates Stadium.

With FA Cup action again dominating the calendar this weekend, we’ve picked out the best Premiership betting tips for tonight’s game in London.

The pressure seems to be back on for Arsenal, who are yet to win in 2013.

The Gunners remain seven points adrift of Tottenham who occupy fourth place, but tonight’s game is one Arsene Wenger’s side have in hand over their rivals.

Arsenal could welcome back Lukas Podolski and Alex Oxlade-Chamberlain who both missed last weekend’s defeat to Chelsea, but Abou Diaby and Francis Coquelin are ruled out.

The Gunners enjoyed a run of four straight league wins prior to their win-less start to 2013 and the north London side will be hoping to get back to a similar purple patch this time round.

Opponents West Ham have also struggled in recent months, losing six of their last ten matches in the Premier League; a run that leaves the  Hammers just eight points above the relegation zone.

Arsenal have won eight of their last 10 meetings against West Ham in all competitions and the Gunners will be keen not to slip any further behind in their race for a top four finish.