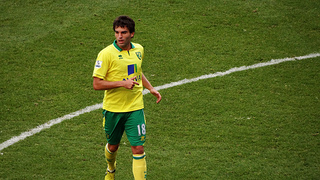 Southampton’s victory at Villa Park heaped the pressure on manager Paul Lambert, whose side dropped into the relegation zone.

Chelsea won 4-0 in the Potteries, but then stumbled to a draw against Southampton on Wednesday, whilst West Brom threw away a 2-0 lead as Reading gained a vital win at the Madejski Stadium.

This week our Premiership betting tips come from Merseyside as Liverpool take on Norwich at Anfield.

There were encouraging  signs for Liverpool during the second half at Old Trafford and progress looks increasingly evident under manager Brendan Rodgers.

The arrival of Daniel Sturridge certainly gives Rodgers more options in attack and the former Chelsea striker is pressing for a start on Saturday alongside Luis Suarez after netting against rivals Manchester United last weekend.

Liverpool’s possession style of football has benefited the Reds back-line, particularly at Anfield, where Liverpool have kept clean sheets in six of their last eight matches at home in the Premier League.

Oussama Assaidi has been called up to the Africa Cup of Nations, whilst Jose Enrique remains sidelined, so Glen Johnson will continue to deputise at left back.

Opponents Norwich brought to an end a run of four consecutive league defeats with a goalless draw against Newcastle last weekend.

A lack of goals seems to be back on the agenda at Carrow Road, with Norwich having been linked to a number of strikers in January.

The Canaries have lost five times on the road this season, including their last two away games in the Premier League, but manager Chris Hughton could at least welcome back Jonny Howson and Grant Holt for the trip to Anfield.

Liverpool striker Luis Suarez has scored consecutive hat-tricks against Norwich in the last two meetings between these sides and the difference in fire power should be evident on Saturday.