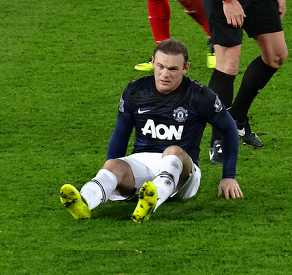 A second half strike from Mathieu Flamini ended Manchester City’s hopes of all three points at the Emirates Stadium, but Manchester United’s win at Old Trafford saw us make a return from our Premier League betting last weekend.

Manchester United will be looking to build on their morale-boosting draw with European champions Bayern Munich on Tuesday, with a trip to St James’ Park this weekend.

Somewhat surprisingly the Red Devils have the best away record in the division; earning 30 points from a possible 48 and the defending Premier League champions will need every inch of that form if they are to maintain their faint hopes of European football.

Patrice Evra and Juan Mata are both expected to be recalled after missing Tuesday’s Champions League clash, with Phil Jones likely to keep his spot at right back, with Rafael still an injury doubt.

David Moyes’ record against sides in the top-half is concerning, but the form of striker Wayne Rooney continues to stand the manager in good stead.

Manchester United have yet to lose a league game in which they have taken a lead (W12, D2), a fact that may prove to be a good in-play pointer this weekend.

The Toon Army will be without Moussa Sissoko, Tim Krul, Mathieu Debuchy and Loic Remy for the game at St James’ Park, whilst manager Alan Pardew will continue to serve a dugout ban.

Newcastle remain the lowest scoring side in the top-half of the table and that record looks unlikely to improve given the return of lone striker Papiss Cisse.

Manchester United have won 10 of their last 11 matches at St James’ Park in all competitions and although those records have been falling this term, the visitors excellent record on the road this season makes the defending Premier League champions an attractive price this weekend.