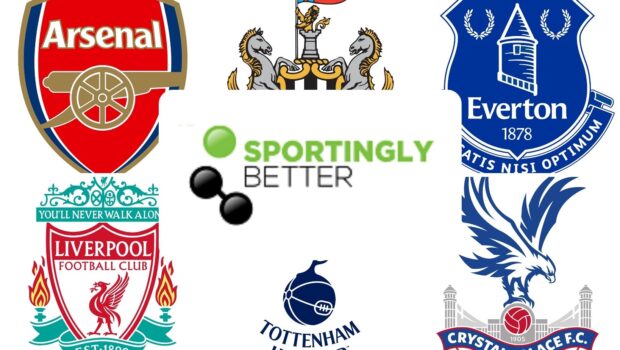 The Premier League returns after the international break with a full fixture list for the weekend. Sportingly Better previews three games to find some Easter value betting tips.

This fixture has thrown up some classics over the past few seasons. But the circumstances surrounding the matchap this time make it tough to call.

Arsenal remain a mid-table side and can all but rule out any involvement in European football next season. Despite showing promise in a comeback draw before the break and a derby win before that, it is a tough ask against a rested Liverpool team showing signs of turning a corner.

The Reds picked up a much needed 1-0 away win before the international window. Buoyed by the return of Diogo Joto, who netted the winner against his former club, Liverpool will be confident in their attack.

Concerns remain at the back for Jurgen Klopp’s side, but January signing Ozan Kabak looks to be settling in and combined with a return to midfield for Fabinho, some stability may be returning for this Liverpool team.

Backing goals may be optimistic in this one compared to seasons past. However, the price on offer for both teams to score looks reasonable and has landed in the past six league meetings between the sides. A 1-1 scoreline would not be at all surprising Saturday evening.

Spurs travel north on the back of mixed results prior to the international window. While their league form has improved, it was marred by two disappointing results in a derby loss and being knocked out of the Europa League.

Fortunately then for Tottenham, they face a Newcastle side in all sorts of trouble. The Magpies sit just two points above safety, although they do have a game in hand. A run of three draws was then followed up with a poor away display to fellow strugglers Brighton before the break.

Expect Jose Mourinho’s men to be too strong in this one and bag the goals necessary for a comfortable win.

Everton return from the break finding themselves winless in three in all competitions. They were dumped from the FA Cup and the optimism from three straight wins at the end of February and early March, including a first Mersyside derby win in forever, has dampened.

Palace on the other hand look to be safe and picked up a narrow home win to relegation candidates West Brom before the international break. They face a tough run of games beginning with this one then Chelsea, Leicester and Man City.

While we wouldn’t expect the Eagles to pick up any results from those fixtures, failure to do so could see them dragged right back into a scrap at the bottom. Motivation should be high then for both sides in this one.

The overs on the goal line offers a good chance to double your stake, if both teams were willing to push on and try to get a result. We’re not quite confident enough and will look slightly lower where at least two goals has hit in 75% of both teams games this season.