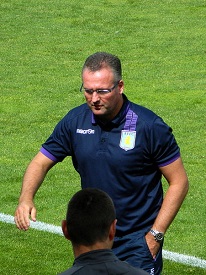 After a clean sweep of tips last week with two wins out of two, in-form tipster the Alien EPL Analyst picks out the best betting tips on the Premier League this weekend.

Swansea will be looking to return to winning ways after suffering back-to-back defeats in the Premier League.

The Welsh side won their first three games on the bounce, with Gylfi Sigurdsson and Nathan Dyer posing a threat from midfield, but the return of Wilfried Bony from suspension should give Garry Monk’s side some much needed focal point in attack.

Swansea have kept just four clean sheets in their last 18 games; a record that may concern the former defender, but last season Swansea lost only six out of 24 games against teams outside the top-seven places.

Hosts Sunderland are yet to win in the Premier League, but Will Buckley and Billy Jones are pushing for a start after impressing in the midweek Capital One Cup defeat against Stoke.

Sunderland have drawn four of their opening five games in the Premier League, but worryingly enough three of their first five opponents currently occupy the bottom five positions.

Swansea scored seven goals against Sunderland last season and the travelling Swans should record a positive result at the Stadium of Light on Saturday.

Southampton will be looking to continue their fine start to the season, after a run which has seen the Saints win their last five games in all competitions.

Southampton’s victory over Arsenal in the Capital One Cup has significantly lessened the appeal of a home win on the betting markets and according to my system this match has the potential to be the ‘shock’ result of the weekend.

Opponents QPR scored twice against Stoke last time out, but goals do remain an ongoing concern for Harry Redknapp’s side, with Charlie Austin failing to offer the returns he did in the Championship last season.

The visitors have the potential to spring a surprise at the St Mary’s Stadium this weekend and given the odds on offer here, backing the away side to avoid defeat is just too tempting to ignore.

Diego Costa’s ongoing hamstring problems may be ignored, with Premier League leaders Chelsea in action against Aston Villa on Saturday.

The hosts are undefeated in 12 of their last 13 home games against Aston Villa in all competitions, but the Blues‘ Champions League commitments could see Jose Mourinho’s side underestimate one of the division’s strongest counter-attacking sides away from home.

Chelsea have 24 of their last 29 matches at Stamford Bridge in the Premier League, but the odds on a home win here offer very little appeal.

Opponents Aston Villa may have been undone by three quick-fire goals against Arsenal last time out, but the Villains have looked better than most pundits would have predicted.

According to my model a positive result for the away side offers real value given the low odds on a home win and I’ll be backing Aston Villa to cause a surprise at Stamford Bridge this weekend.

The Alien EPL Analyst is a UK based football betting expert focusing on Premier League and English football. For more football betting tips from our resident Premiership analyst follow them on Twitter here.