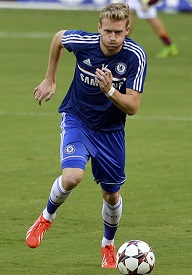 Our sole selection of Manchester United romped home in our Premiership betting tips last weekend after a resounding 4-0 win at St James’ Park and if you got on our free football tips early enough then you could have got that bet at even money or above.

Chelsea will be hoping to keep themselves firmly within the title race this weekend, with a trip to the Liberty Stadium on Sunday.

The Blues will be mindful of recent slip-ups against Aston Villa and Crystal Palace, but a comfortable victory over in-form Stoke followed by Champions League progression against Ligue 1 giants PSG has seen Jose Mourinho’s side bounce back with enough conviction.

Captain John Terry and midfielder Eden Hazard are both expected to miss out this weekend, but winger Mohammed Salah should come in after impressing in recent weeks.

Brazilian midfielder Ramires should return alongside Nemanja Matic in the double pivot for Chelsea, but the Blues will need to improve their form away from Stamford Bridge if they are going to keep on the coattails of Liverpool and Manchester City, after returning only the sixth-best away record in the division.

Chelsea’s recent successes have been recorded whilst keeping a clean sheet, a feat that could be matched at 2.87 against Garry Monk’s side this weekend.

Hosts Swansea have won just one of their last eight games in the Premier League, but the club did manage to record a victory in their last match at the Liberty Stadium.

The south Wales club have virtually a fully fit side ahead of the match this weekend, giving Monk plenty of options to make changes and arrest the Swans ailing end of season form.

Swansea’s only victory against top-half opposition has come against Newcastle back in December and with Chelsea still battling for the Premier League title, Jose Mourinho’s men should come away with a vital three points.

Relegation-threatened Cardiff City will be hoping to grab a Premier League lifeline this weekend, with a trip to St Mary’s Stadium.

Ole Gunnar Solskjaer’s side have conceded 20 goals in their last seven matches, with Crystal Palace the latest side to put the Bluebirds defence to the sword.

Cardiff have the worst record against clubs in the top half of the table (W1, D3, L12) and with an away run that has not produced a win in 13 matches, the Bluebirds betting odds of 8.00 look well placed.

The Welsh club have however shown their capabilities going forward; scoring three goals away at the Hawthorns, three goals against Liverpool and three goals at home to Fulham; all within the last month, but it’s Cardiff’s continued defensive breakdown that continues to count against Ole Gunnar Solskjaer’s men.

Hosts Southampton have struggled for form over the last two months, but the Saints were at least comprehensive winners in each of their last two matches at St Mary’s Stadium.

The south coast club will be without forward Jay Rodriguez, but Gaston Ramirez and goalkeeper Artur Boruc could both shake off knocks to feature on Saturday.

Southampton have only lost once against bottom half opposition at home this season and the home win this weekend looks to offer plenty of options for accumulator betting slips.

The Saints have scored in 28 of their 35 matches this season and with the visitors desperation in attack and defence likely to continue, expect another goalfest on the south coast this weekend.