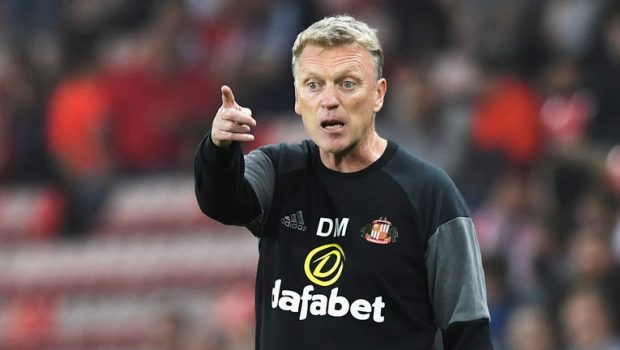 With the frantic Christmas period fast approaching, Sportingly Better takes a look at the contenders of who may lose their job next in the Premier League.

Back-to-back wins over Bournemouth and Hull has lifted the pressure somewhat on Sunderland manager David Moyes, but the Black Cats still find themselves three points away from safety.

The former Manchester United manager has had a number of injuries to contend with to his playing squad, but the returning Jan Kirchoff to the centre of defence alongside Lamine Kone will be a boost to the North East side.

The form of Victor Anichebe and the potency of Jermain Defoe will offer Sunderland a lifeline in their quest to climb up the table, but with Liverpool and Chelsea still to come over the next few weeks, Moyes will need to be on his guard not to slip to any embarrassing defeats.

Crystal Palace have lost the last five games in the Premier League and pressure continues to mount on manager Alan Pardew, with the club currently sixth favourites in the football betting markets with bet365 to be relegated.

The Eagles have the worst record in the Football League in 2016 with an average of just 0.71 points per game accumulated so far in the calendar year, with the club currently sitting just one point above the relegation zone.

An expensively assembled squad including record signing Christian Benteke has raised the bar somewhat at Selhurst Park with former England manager Sam Allardyce rumoured to be a front-runner should Pardew lose his job.

The current favourite in the betting market despite only taking over in early October, Bob Bradley has found life in the Premier League immediately tough.

The first American coach to manage in the Premier League, Bradley has took charge of over 500 matches during his managerial career, but it is the first six matches for Swansea that have yielded the most scrutiny with  Bradley yet to win during his time in charge of the Welsh club.

That winless run for the Swans now stretches to 11 games if you count predecessor Francesco Guidolin’s matches in charge and defeat against struggling Crystal Palace this weekend could put Bradley in even greater danger with the club dropping further into the mire.

Priced at 11.00, West Ham manager Slaven Bilic does offer a good back-to-lay option with the Hammers up against Manchester United, Arsenal and Liverpool in their next three games.

In truth it is arguably the next three fixtures after that run that could ultimately decide the Croatian manager’s fate with Burnley, Hull and Swansea next up after that.

An over-reliance on star player Dimitri Payet continues to be highlighted, with West Ham likely to see interest for the midfielders signature in January with the France international also eligible on the European stage.

A dismal opening showing at their new home at the Olympic Stadium also creates concerns with the club continuing to ship goals at an alarming rate. West Ham’s situation could indeed get worse before it gets better.

A surprising start to his caretaker role saw Mike Phelan pick up two opening wins and the permanent job as manager of the Tigers, but two days after signing that contract Hull were dismantled 6-1 by Bournemouth.

Results and performances since then have continued to disappoint, with the latest being a 3-0 defeat at the Stadium of Light to give the Black Cats their first home win of the season.

A lack of credibility and desirability at the KC Stadium may ultimately keep Phelan in his job at least until Christmas however with still the odd flicker of performance that won Phelan his position in the first place.

An imminent dismissal in the Premier League looks likely to come sooner rather than later and with West Ham struggling and enduring a torrid next three fixtures, back to lay Slaven Bilic on the football betting exchanges, with Crystal Palace manager Alan Pardew the best bet in the outright betting markets.

Recommended Bets
Back-to-lay Slaven Bilic to be the next manager sacked in the Premier League @11.00
Back Alan Pardew to be sacked @4.00