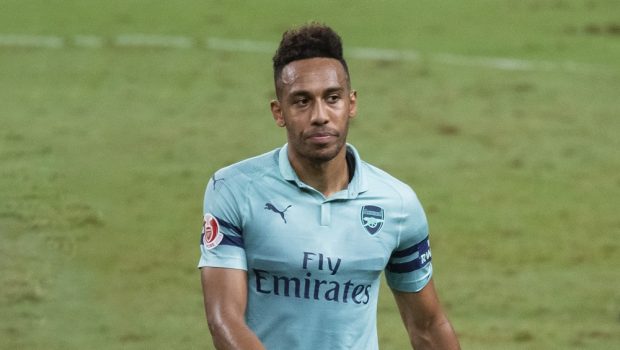 Premier League Betting – Back Aubameyang for the Golden Boot

The Premier League title battle is fast turning out to be a two-horse race with Manchester City and Liverpool beginning to go toe-to-toe with each other.

Liverpool took a slight advantage after Manchester City came unstuck at Stamford Bridge and they won at Bournemouth thanks to a composed hat-trick from Mo Salah, who increasingly is being played in a more central and advanced berth. The Egyptian’s hat-trick was enough to take him level on goals with the current leading scorer in the Premier League Pierre-Emerick Aubameyang and leapfrog Spurs striker Harry Kane, who has found the back of the net nine times so far.

Arsenal forward Aubameyang has firmly hit the ground running and is priced at odds of 6.00 online at William Hill to claim the Golden Boot.

Leading the way with an impressive 10 goals, Aubameyang should continue to flourish under Unai Emery and is well worth backing in the outright betting market given the value on this selection right now.

The real and obvious threat to Aubameyang being the league’s leading scorer this year is North London rival Harry Kane (3.75).

Having secured the Premier League Golden Boot in both 2016 and 2017, Kane is currently joint favourite to repeat that success in 2019 and the signs are beginning to show that Kane is beginning to find his stride.

Before Spurs won at the King Power against Leicester, Kane had scored in three consecutive Premier League games, which included fixtures against Chelsea and Arsenal. A favourable fixture run, without the risk of rotation should see Kane close the gap on Aubameyang over the coming weeks.

The Gabonese forward is flourishing under Emery, with the Spanish manager clearly siding with Aubameyang despite the luxury and impact that French striker Alexandre Lacazette often brings to the side.

That competition and Arsenal’s higher rate of expected goals should see Aubameyang, continue to add to his double digit tally.

10 – Pierre-Emerick Aubameyang is the first player to score with 10 consecutive shots on target in the Premier League since October 2007 (Benni McCarthy for Blackburn). Pinpoint. pic.twitter.com/CHa1Tjyzfb

With that in mind and given the current betting odds, there is no reason why fourth favourite Aubameyang (6.00) can’t keep his nose in front of the scoring charts.