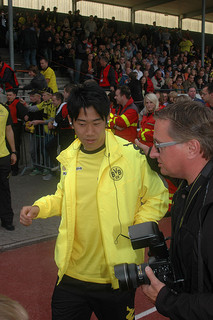 With the pre-season finally underway, Sportingly Better takes an early look at the new arrivals to the Premier League and analyses who you should consider for your fantasy football team this season.

Hazard is gifted with lightning pace and technical ability and is equally adept at using either foot. Hazard will have to compete with the likes of Mata, Marin, de Bruyne, Sturridge and Ramires along with the possible arrival of Brazillian Oscar for the two supporting roles behind Fernando Torres.

Hazard put himself firmly on the European radar during Lille’s double winning season in 2010-2011. A firm penalty taker, the Belgium midfielder has scored plenty of goals from the spot and looks set to share duties with Frank Lampard for Chelsea. Hazard scored 22 goals last season in all competitions but the 16 assists, highlights the potential return that Hazard can bring for fantasy managers this term.

Tottenham finally secured the services of Jan Vertonghen for £10 million after the Belgium defender pleaded with Ajax to allow him to leave and secure his “dream move” to Spurs.

Vertonghen is a powerful left-footed defender who usually plays at centre half, although the defender can slot in at left back and also in defensive midfield. Vertonghen was named Dutch Footballer of the Year in 2012 and lifted the Eredivise title as captain of Ajax.

Vertonghen is renowned for his offensive mindset and powerful shooting ability, despite playing predominantly at centre half. The Belgium international scored 10 goals this season in all competitions and managed eight goals in 2010-2011 in another championship winning season. With King’s susceptibility to injury and fitness and Corluka moving on, Vertonghen should be a regular for Andre Villas-Boas and the goalscoring ability of the Belgium makes Vertonghen an ideal choice for many fantasy managers in defence.

The Japanese midfielder scored 17 goals in all competitions as Borussia Dortmund went on to win the domestic double last season. Kagawa notched 12 goals in 2010-2011 in another title winning season for BVB, whilst eleven goals in 33 appearances for Japan also highlights the goalscoring ability of Kagawa.

With Scholes and Giggs almost certain to be entering their last season of football in the Premier League, Kagawa may feature predominantly for the Red Devils this season, especially given the complications of Darren Fletcher and the injury proneness of Anderson.

Kagawa’s movement off the ball is dangerous and along with his vision, technique and deft passing make the Japanese goal-scoring midfielder a strong consideration for many fantasy squads this season.