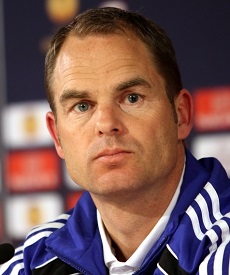 Published on May 13th, 2014 | by Sportingly Better Tipster

Tim Sherwood’s five-month reign at Tottenham Hotspur came to an end today, after Spurs exercised a break clause following the end of the current campaign.

Sportingly Better takes a look at some of the best football predictions in the next Tottenham manager betting market, with Mauricio Pochettino the current favourite.

Reports in the English press suggest that Pochettino may be less than happy with his position on the south coast, with growing speculation that England internationals Luke Shaw and Adam Lallana may well be sold in the coming weeks.

The Argentinean coach may not be permitted to reinvest 100% of those transfer fees, fuelling rumours that the manager may be unhappy with the board’s position and the future direction of the club.

A five-year plan to regain the club’s Premiership status has been completed with the Saints finishing in eighth-place this season, but the targets of the next phase in the club may differ between the coach and the hierarchy.

Pochettino has just over 12 months remaining on his contract and with growing discontent with the club, the current Southampton manager may feel his future is better served at White Hart Lane.

The current Ajax coach has publically stated his desire to manage in the Premier League and his openness in wanting to discuss the manager’s role in north London had led to a flurry of early bets prior to Tim Sherwood’s sacking.

De Boer helped Ajax to their fourth consecutive Eredivisie title this season to become one of the brightest managerial prospects in Europe and although the Dutch coach remains firmly on Tottenham’s managerial shortlist, a lack of managerial experience in the Premier League may seem to count against the candidate.

Tottenham players Jan Vertonghen and Christian Eriksen have both played  under the stewardship of de Boer, but public endorsement for their previous coach might help swing favour back into the former favourites favour.

Backed in from betting odds of 60.00, former Chelsea and Liverpool manager Rafa Benitez remains third favourite for the vacant managerial role at Tottenham after a solid first season at Napoli.

Benitez carries plenty of Premier League and European experience, but the Spanish coach has enjoyed plenty of support from the Naples club and may find the pressure less intense than the hotseat in north London.

A Coppa Italia victory may sound out Benitez’s chances of adding further silverware in Italy, with the prize of a top four finish for Spurs likely to be the top accolade that the Tottenham board may initially sound out for their new manager.

Mauricio Pochettino’s reported discontent at Southampton may make the Argentinean coach a desirable option for Spurs after an impressive campaign for the Saints this season, but a limited managerial repertoire may count against the manager given the experience of the other candidates in the frame.

Frank de Boer’s public interest in the Tottenham job cannot be underestimated, particularly if Southampton decide to heavily back their manager, so dutching on the front two in the betting markets remains the wisest choice in the early running.

Recommended Football Bets
Dutch bet on Mauricio Pochettino (2.25) and Frank de Boer (3.50) to be the next manager of Tottenham to guarantee profit should either manager be appointed