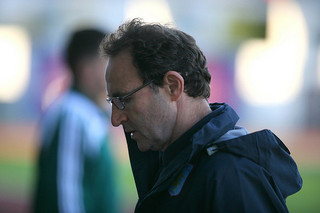 Sportingly Better analyses the best bets and football predictions on who will be Sunderland’s next manager.

Paolo Di Canio is the early bookmakers favourite, with his immediate availability one of the big positives for Sunderland, who are looking to quickly appoint a new manager.

Di Canio controversially left League One side Swindon in February; citing off the field difficulties, but the charismatic leader did secure the League Two Championship in 2012 during his time at the Wiltshire club. Di Canio has publicly admitted his desire to manage a Premier League club and the Italian’s desire and availability have left the fiery manager as the early front-runner.

Steve McClaren’s appointment would prove unpopular amongst the terraces, but the former England international is another candidate who would be immediately available.

McClaren has enjoyed success in the Netherlands; lifting the 2010 Eredivisie title with FC Twente, but the manager’s contribution in England is not as widely regarded, despite winning the League Cup and reaching the 2006 UEFA Cup Final with Middlesbrough.

Former Wales manager Mark Hughes holds plenty of Premier League experience following spells at Blackburn, Manchester City and Fulham and the former Manchester United striker is thought to be open to a return to management following his dismissal from QPR in November.

Hughes was in the running for the Sunderland job prior to Martin O’Neill’s appointment in 2011 and the Welsh manager is thought to be keen to speak to Sunderland Chairman Ellis Short about his plans for the Black Cats going forward.

Roberto Di Matteo is reportedly not interested in the vacant managerial position at the Stadium of Light, due to the shot-gun nature of any appointment and the club’s current predicament, but the likable Italian did enjoy much notoriety last season, after leading Chelsea to an FA Cup and UEFA Champions League double.

With an announcement expected over the next couple of  days, it looks like either Mark Hughes or Paolo Di Canio will be tasked with finding a way to keep the Black Cats in the Premier League.

Recommended Bets
Dutch on Paolo Di Canio @2.62 and Mark Hughes @7.00 to guarantee profit should either manager become the next Sunderland boss