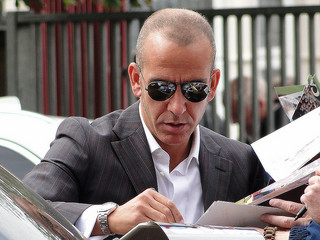 A run of four successive defeats cost Brian McDermott his job at Reading and the search is already underway to quickly appoint a successor.

Sportingly Better analyses the best bets and football predictions on who will be Reading’s next manager.

Paolo Di Canio is the early favourite for the Reading job, after controversially leaving League One side Swindon last month, following off the field difficulties and the inability to sign new players.

Di Canio led the Wiltshire club to promotion after securing the League Two Championship in 2012 and the charismatic leader has been frequently seen in the media spotlight despite the club’s more humble divisional home. Di Canio enjoyed a decent run in the Capital One Cup earlier this season after defeating Brighton, Stoke and Burnley and the chance to manage in the Premier League is an opportunity the Italian is thought to be keen on.

Former Chelsea manager Roberto Di Matteo also appears in the frame, but the Champions League winning manager appears to be more than willing to hold out for a more prestigious role following his dismissal by Roman Abramovich earlier in the season.

Second favourite Nigel Adkins is another manager that is immediately available for Zingarevich and the former Southampton manager would dearly love the chance to try and keep a side in the top flight after being cruelly replaced by Maruicio Pochettino.

Adkins led the Saints to the Premier League following back-to-back promotions and the route and set-up at the Madejski Stadium holds a number of similarities with Adkin’s former club.

Adkins holds a career win percentage of above 50% and the former Scunthorpe manager appears well placed out of all the remaining candidates to help Reading bounce back should the Royals not avoid the drop.

Reading favourite Steve Coppell is considered more a nostalgic choice, whilst the appointments of Alex McLeish and Steve McLaren are likely to be met with contempt by many of the club’s fans.

Brighton manager Gus Poyet is an increasingly well considered coach in England and the Uruguay manager’s achievements at Brighton in four years are not to be underestimated. Poyet’s global scouting knowledge is likely to find prominence at a club backed by a rich owner such as Zingarevich, but continuing the season with Brighton on the verge of the Championship play-offs appears to be Poyet’s current priority.

With just nine games remaining, Zingarevich will need to act fast if Reading are to avoid the drop and former Southampton manager Nigel Adkins remains well placed to help the Royals move forward.

Recommended Bets
Nigel Adkins to be the next Reading manager @7.00