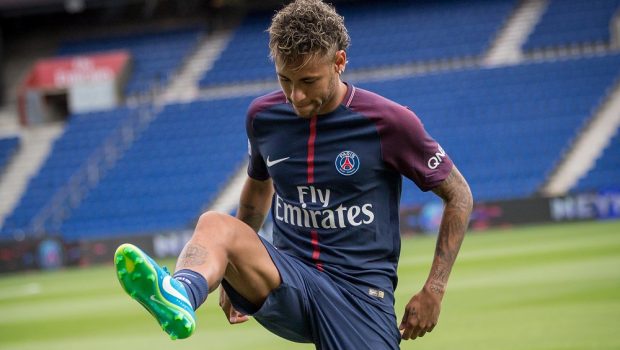 PSG Sporting Director Leonardo’s admission that Brazil forward Neymar can leave the French side from the right offer is likely to attract interest of some of Europe’s top club sides.

Sportingly Better takes a look at Neymar’s likely destination and why a move back to La Liga looks most likely.

Speculation has been rife for some time that Neymar has been trying to pull out of his contract at PSG and a heartfelt return back to the Catalans looks the most likely.

The Brazilian forward has only been residing in the French capital for two years following his move, but it seems he is angling for a move out of Ligue 1, with PSG’s quest for the Champions League repeatedly coming up short.

Neymar was prolific during his spell at Barcelona with the attacking partnership of Lionel Messi and Luis Suarez proving formidable and frightening.

A move back for to Barcelona may have more appeal to the player rather than his former club, but Neymar’s signing could be the statement piece that Barcelona may seek this season.

As of now, PSG have “not received any offers”, but betting on the next club betting transfer market with current odds of evens (2.00) is likely to appeal to some backers, with MobileWins; a popular phone casino and sports betting website offering good odds on the market.

It’s not quite confirmed how much Neymar would set Barcelona back, but they would be willing to offload one or two players to keep them within Financial Fair Play (FFP) rules to bring him back to the Camp Nou. He’s going to come at a similar price tag to what they sold him for, though, so they will certainly have to dig deep to bring one of their star players back to Spain. The likes of Messi and Saurez would love to have their friend back, because it almost certainly means they will be back at the top of world football – but if it means Barcelona are going to suffer in other areas of the pitch, they may well prefer another addition that’s not going to hurt them as much.

Current Manchester City manager Pep Guardiola has already had his say on Neymar’s situation, with the former Barcelona coach describing Neymar as one of the best footballers out there.

Pep has questioned whether Neymar will be the same player if he returned to Spain (and Barcelona) and the changing room dynamics in the Catalan dressing room may come back into play, especially given the circumstances in which Neymar left for PSG.

It’s a decision that could define the rest of Neymar’s career, with his next move likely to be the last big transfer left for the 27-year old player.

Of course the outlandish odds of 66.00 on Neymar to join Manchester City are there for a reason with the club cautious about overstepping the mark on the current FFP rules, that has seen Chelsea suffer a two-window transfer ban.

Leonardo and PSG have reiterated that Neymar will only leave for the right offer and given the fee that PSG are likely to ask for, realistically speaking there may not be any clubs, in this transfer window at least, who will have the financial muscle to accommodate a move for the Brazilian.

Neymar has scored more than 50 goals in 58 games for the French League 1 champions this season and finding a replacement wouldn’t come easy, especially with a forward who carries pedigree on the European stage as well.

Neymar has also not been without his injury problems over the last 12 months and this too is a negative in the betting market of Neymar moving away from the French capital.

As much as Neymar will continue to push his agenda of moving clubs forward and as much as PSG are open to moving the player on, the decision to sign Neymar may not ultimately happen this season.

Recommended Football Tips
Back Neymar to stay at PSG @2.20