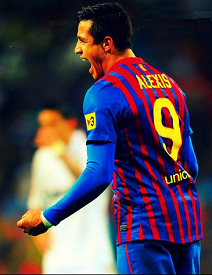 Published on May 21st, 2014 | by Sportingly Better Tipster

Italian champions Juventus have begun to make their intentions on a move for Barcelona forward Alexis Sanchez felt, with the Italian side having reportedly agreed personal terms with the player.

Sportingly Better picks out the best football predictions on the next club betting market for Alexis Sanchez.

Barcelona are expected to listen to offers for the attacker this summer despite a return of 21 goals and 15 assists for the Catalans this season,with the player reportedly keen on a new challenge elsewhere.

After falling behind Pedro and Neymar in the Barca starting line-up, Sanchez is rumoured to be keen on a new chapter in his career, with a return to Serie A looking increasingly likely for the former Udinese man.

La Masia graduates Christian Tello and Gerard Deulofeu are also likely to add extra competition for Alexis Sanchez’s place in the first team next season, with new boss Luis Enrique having spent a term at Barcelona’s B side with both players just three years ago.

Premier League side Liverpool are thought to be admirers of the South American footballer, with Sanchez appearing to be one of two world-class targets that Brendan Rodgers has targeted in the close season.

Liverpool’s backing of their manager is likely to facilitate a move for the player, but Sanchez appears to have sounded out a return to Italy, with Juventus and AC Milan both heavily linked to the forward.

An offer worth €20 million looks likely to wrapped up by Juventus before the World Cup, with the Italian champions reportedly keen to use former La Liga striker Fernando Llorente as a makeweight in any deal.

The Bianconeri appear to have sounded out Sanchez as their number one transfer target this summer and the club’s financial backing and the players desire to return to Italy, make the current favourites an excellent bet in the next club market.

Recommended Football Tips
Back Alexis Sanchez’s next club as Juventus @1.80