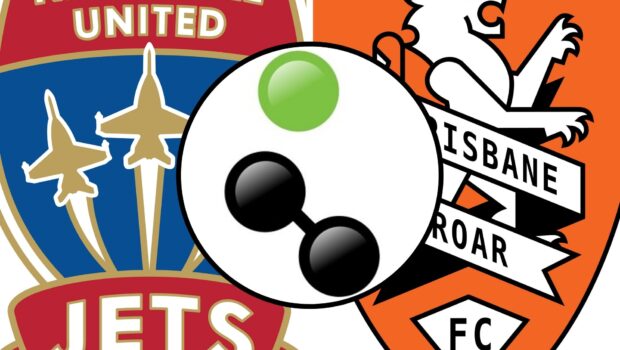 Published on May 19th, 2021 | by Sportingly Better Tipster

Newcastle suffered yet another defeat on Saturday going down to finals bound Central Coast 0-1. Their failure to score scuppered our betting angle, but worse for the Jets it was their 13th straight game without a victory (0-3-10).

Meanwhile, Brisbane missed the chance to cement themselves amongst the top six last time out with a 1-0 loss away to Adelaide. The Roar still hold the 6th and final playoff place with a game in hand, but the gap to 5th is now four points.

A victory over the likely wooden spooners is an absolute must then for Brisbane if they are to return to finals footy for a second year running.

Head-to-head Brisbane have had the better of recent results, winning two of the last four, with two draws. In a season full of unpredictability, where results can be determined by which team shows up on the night, it can be risky to back teams outright. But given recent head-to-head results and what is at stake for Brisbane, they do look backable here.

While the Roar are odds against to win outright, keeping the draw somewhat onside is important and the line offers a chance to de-risk at slightly under evens. If Brisbane only manage a draw, the loss of stake is halved when backing the Asian Handicap at 0.0,-0.5.

Again, the A-League can be unpredictable and with a league average of 2.96 goals per game, opposing goals carries a fair amount of risk. You can get under 2.5 goals at evens at the time of writing, but looking to the unders on the 2.75 goal line can reduce the risk (odds @ 1.825).

A final play on opposing goals could be backing BTTS – No at 6/5 with recent short-term results suggesting at least a 50/50 chance of landing. BTTS – No has copped in two of Newcastle’s last four, and four of Brisbane’s last six. A longer shot at 3/1 for Brisbane to win to nil may also appeal.