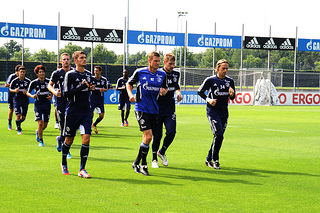 There’s midweek action across Europe with football from Serie A and the Bundesliga both featuring.

Bundesliga leaders Bayern Munich are in action at the Allianz Arena hoping to maintain their 100% record in Germany, whilst Schalke and Dortmund will both be looking to bounce back from weekend defeats.

Napoli, Sampdoria and Roma all dropped points, leaving reigning champions Juventus two points clear at the top of Serie A.

Mainz secured their first win of the season last weekend following a 2-0 victory over newly promoted Augsburg at the Coface Arena.

Hungarian forward Adam Szalai grabbed the second goal against Augsburg and will need to be watched following the departures of Mohamed Zidan and Sami Allagui up front.

Mainz are yet to keep a clean sheet on the road and look set to struggle under Thomas Tuchel this season. A repeat of their 13th placed finish last season would be welcome for Die Nullfunfer who famously finished 5th in the Bundesliga two years ago.

Schalke’s defeat to Bayern Munich at the Veltins Arena was Huub Stevens’ first loss in the league this season.

Klaas-Jan Huntelaar failed to get on the score sheet against the Bavarians, but the Dutch striker has made a reasonable start to the 2012/2013 season. Summer signings Tranquillo Barnetta and Ibrahim Affelay have been used lightly with Stevens opting to keep faith with the vast majority of the squad that shone last season.

Schalke have a strong record at the Veltins Arena, winning 14 of the last 18 games in the league and the Royal Blues should be too strong for Mainz tonight in the Bundesliga.