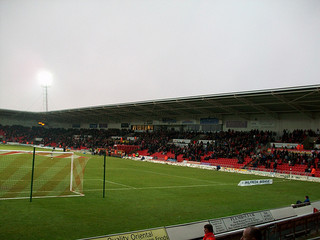 The Championship and Football League host a full round of fixtures tonight, with teams from around Europe hoping to progress into the group stages of the Champions League. Sportingly Better picks out the best bet from tonight’s action in England.

Doncaster made a winning start to life in League One after suffering relegation from the Championship last season. Goals from Paynter, Brown and a sublime chip from David Cotterill gave manager Dean Saunders a convincing 3-0 win away at Wallsall.

Donny’s James Harper could make his full debut tonight after coming on as a substitute on Saturday, although defender Shelton Martis has been ruled out.

Opponents Bury played out a goalless draw with Brentford last weekend who have caretaker manager Peter Shirtliff in charge at Gigg Lane. Efe Sodje serves his second of his three match suspension for Bury, but Donny should be too strong tonight with the likes of Chris Brown and Billy Paynter already proving their goalscoring touch this season.