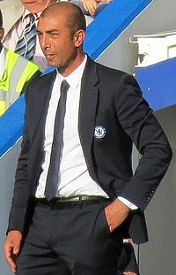 After successfully predicting Tony Pulis as the new Crystal Palace manager, Sportingly Better takes a look at some of the best football predictions on who will replace Steve Clarke at the Hawthorns.

Currently the bookmakers favourite, Gianfranco Zola has emerged as the shock favourite to take over at the Hawthorns despite only leaving his previous post at Watford on Monday.

The Italian guided the Hornets to the Championship Play-Off Final last season before losing out to Crystal Palace at Wembley and with a previous spell at West Ham under his belt, Zola is thought to be in-line to snap up another job in the Premiership for his next post.

Zola struggled to replicate the success he brought to Watford last season and despite the popularity that his appointment would bring, West Brom would be keen on bringing in a face to maximise their current squad, with the club’s wage bill currently the highest in it’s history.

A likable character, Roberto Di Matteo illustrated his man management abilities by winning the FA Cup and Champions League with Chelsea back in 2012.

Di Matteo has not been in a management job since those triumphs and although the Italian manager does possess an affinity to the club after guiding the Baggies to the Premier League in 2010, thoughts are that the Champions League winner is still holding out for a more illustrious post.

Di Matteo’s family are however based in the Midlands, a key factor that may convince the manager to be persuaded to return to management with the Baggies.

Reportedly, Di Matteo is still being paid a wage in the region of £100,000 a week by Chelsea; an obstacle, which may hamper West Brom recruiting the Italian for a second time.

A respected coach, Ralf Rangnick was at one stage favourite to succeed Roy Hodgson in 2012 before the club opted to appoint Steve Clarke.

Rangnick was interviewed twice for the vacancy last year, reportedly turning down an offer from the Baggies, but a move to appoint the former Schalke coach this time around may prove to be more receptive.

The German guided Schalke to the Champions League semi-finals back in 2011, before stepping down for health reasons, but the current Red Bull Salzburg Sporting Director is thought to be still on the radar of West Brom Chairman Jeremy Pearce.

A win percentage of just 20% in 2013 for Steve Clarke proved to be the curtain calll for the former Chelsea assistant and despite being favoured in the football betting markets, Pearce will be concerned about Zola’s recent form and win ratio for Watford this season.

Former Baggies manager Roberto Di Matteo got the most out of the players at Chelsea previously during a highly successful period at Stamford Bridge, a brief that West Brom are likely to charter, but a move to re-appoint Di Matteo may fall short.

At 12/1 Ralf Rangnick could be the value outside bet, with the intelligent German coach still well thought of by Pearce and the board at West Brom.

Recommended Football Bets
Back Ralf Rangnick to be the next West Brom manager @11.00

One Response to Next Manager Betting – West Brom