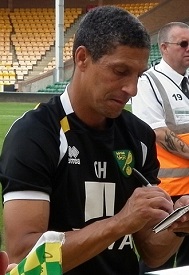 Published on May 20th, 2014 | by Sportingly Better Tipster

Pepe Mel’s four-month reign at the Hawthorns came to an end earlier this month and despite the Baggies securing their Premier League status next season, the list of managers available for the job continues to be underwhelming.

Sportingly Better takes a look at some of the best football predictions in the next West Brom manager betting market, with former Norwich boss Chris Hughton the current favourite to take over.

Despite earning the highest winning percentage of any Tottenham manager in the Premier League era, Tim Sherwood found his services not needed at White Hart Lane, after just five months in charge at the club.

A sixth-placed finish in the Premiership was deemed unsatisfactory for Daniel Levy, but the former Blackburn midfielder showed glimpses of attacking football, which the Baggies have traditionally been associated with.

A lack of managerial experience may count against the manager, but Sherwood was willing to give youngsters Harry Kane and Nabil Bentaleb a shot in the first team, something that West Brom may look to promote next season with Saido Berahino, George Thorne, Luke O’Neill and Kemar Roofe all showing promise.

Sherwood has expressed a desire to immediately return to a managerial job and with few vacancies in the top flight likely to materialise, the former Blackburn Rovers midfielder remains a viable option for the Baggies next season.

The fact that Hughton had a substantial hand in Norwich’s demise this term may ultimately count against the manager’s chances this time around, with the consensus being that the manager may need to rebuild his reputation in the Championship before being given another chance in the Premier League.

Hughton’s discipline and coaching style may be advantageous, but the biggest draw may be the manager’s past success on a limited budget; something that the Baggies may be drawn to given their prudent financial approach.

Malky Mackay’s impending move to Norwich leaves the Baggies with a limited choice of managers. Chris Hughton’s hand in Norwich’s relegation may be the most lasting memory, but Tim Sherwood’s desire to get straight back into management make the former Tottenham coach the best value bet in the next manager market.

Recommended Football Bets
Back Tim Sherwood to be the next West Brom manager @6.00