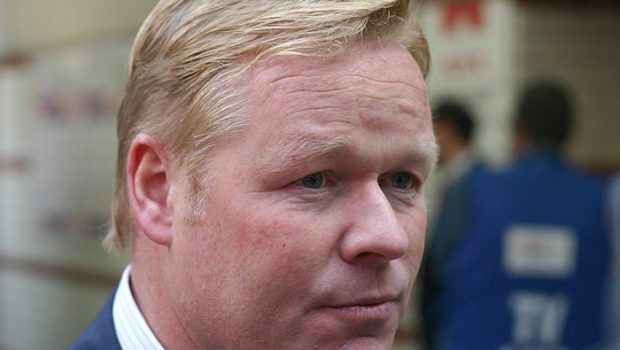 Next Manager Betting – The Sack Race

Although he was one of the favourites for the sack. it was still a bit of a shock when the news emerged that Craig Shakespeare was leaving Leicester City. After picking up the Foxes – after their title winning hangover had seen Claudio Ranieri exit the club – it still seems very early to be getting rid of a manager.

Leicester do find themselves 18th in the Premier League with just one win in their first eight games. Many fans and pundits have attacked the owners over the decision but they must feel that it was better to make the change now than wait until much later in the campaign.

One thing that can be almost guaranteed, however, is that Craig Shakespeare will not be the last Premier League manager to lose his job this season. But who else should be dreading a ‘vote of confidence’?

It almost seems more of a matter of ‘when’ rather than ‘if’ Ronald Koeman gets shown the door at Goodison. After spending heavily in the summer it was thought that Everton could break through into the top four – or at the very least compete seriously for a European place.

But with only two victories so far this season, it was probably on Rooney’s last minute penalty at Brighton that kept the Dutchman from being the first Premier League casualty of the season. Koeman remains the bookmakers favourite and you feel he is just one defeat away from converting.

Another manager with a constant air of doom around him is West Ham’s Slaven Bilic. The Hammers have not looked like a cohesive unit for a long time – and still don’t seem to have settled in at their new home, the London Stadium. His team have picked up a few points in the last couple of games but if Bilic doesn’t get some consistent performances soon he could face the ire of his club’s unpredictable owners.

Southampton have started the season in unspectacular fashion and currently sit in mid table – and it is this lack of progression that could leave Mauricio Pellegrino in danger of losing his job. A couple of years ago the Saints were looking like they could make the next step into the higher echelons of the Premier League. But, due partly to an exodus of their better players, things have stalled on the south coast and now there are more than a few disgruntled fans suggesting a new manager might be the answer.

All football managers know that they are only a few games away from losing their job – and in the high money stakes of the Premier League that uncertainty is only heightened. Eddie Howe at Bournemouth, Mark Hughes at Stoke and even Roy Hodgson at Palace might wonder what a series of back to back defeats would do for their job prospects.

It seems ridiculous that any manager could be in danger of the sack so early into a season but Leicester City’s owners have proved once again that you can never be too sure when you combine big money and football at the highest level. It is only a matter of time before another manager loses his job – and unfortunately that is a fact of life in the Premier League these days.

Recommended Football Tips
Back Ronald Koeman as the next manger to be sacked in the Premier League @1.40