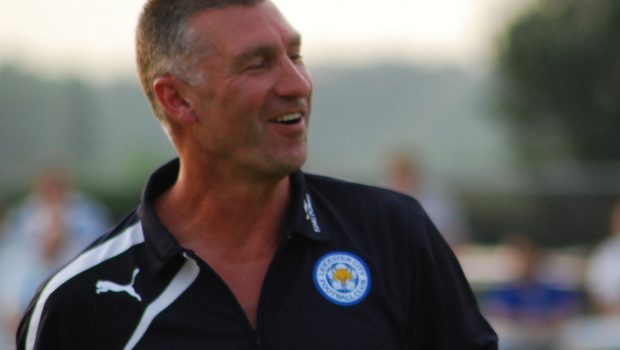 Published on May 2nd, 2017 | by Sportingly Better Tipster

To say that it has been a disappointing season for Middlesbrough would be an understatement, with the Teessiders on the verge of heading straight back down after just one season in the Premier League.

Boro had worked really hard and performed admirably to end seven barren years without top flight football at the Riverside Stadium, but while chairman Steve Gibson stated that his club were not going up just to make up the numbers, Middlesbrough have appeared to let themselves down.

The fact that they are not only the lowest scorers in the top four divisions across England, but have won just one league game in 2017 makes for unwelcome reading and  it comes as no surprise that Bookmaker Ratings have written off Middlesbrough’s chances of pulling off the great escape.

Previous manager Aitor Karanka was relieved of his duties by mutual consent and with the club yet to officially announce a permanent successor, Sportingly Better takes a look at the frontrunners in the next permanent manager market.

The current caretaker manager is the odds-on favourite for the job with a number of betting sites in the UK, but while Steve Agnew has ambitions of becoming a number one, his inexperience may prove to be his downfall.

Agnew is highly regarded as one of the best coaches in the country, with the 51-year-old currently into his third spell on the coaching staff at Middlesbrough following spells at Gateshead, Leeds, Hartlepool and Hull.

Gibson had previously placed his trust in Agnew to guide his club to safety after what has been a difficult season at the Riverside, but after picking up just five points from a possible twenty-one since he took charge, there are growing doubts as to whether Agnew is good enough to get the job on a permanent basis.

Great coaches do not always make great managers, and while Agnew stated that he is a creative coach that knows what is needed at the club, Middlesbrough appear to have gone even more backwards under his guidance. Scoring just three goals and conceding thirteen. This includes the recent 4-0 debacle at Bournemouth, which indicates that Middlesbrough have lost the defensive stability that the team was built upon under Karanka.

It is a case of when, not if, Middlesbrough drop straight back down into the Championship, but with growing animosity surrounding Agnew’s position at the club, it remains to be seen if Gibson keeps his faith with a man who lacks leadership, authority and experience or looks elsewhere for a permanent successor.

Trying to find the right man for the job is never an easy task, but given the fact that Nigel Pearson spent four years at Middlesbrough as a player and captain during the 1990s, on paper he would be the perfect replacement for Karanka.

Pearson’s second spell at Leicester may have ended on a sour note, but it should be remembered that he not only guided them into the Premier League in 2014, but also instigated a miraculous recovery as they survived the drop the season before they finished as Premier League champions, with many crediting Pearson for providing the foundations upon which Claudio Ranieri created one of the greatest stories in the history of the sport.

A brief spell in charge of Derby followed, with Pearson leaving the club after just over four months in charge following a row with owner Mel Morris. It may have been another indication of his fiery temperament following numerous altercations with opposition players, but Pearson has the leadership skills and experience to get a team working hard for each other.

Pearson was initially placed as the bookmakers’ favourite to replace Karanka due to his connection with Middlesbrough, as he knows exactly what it means to play for the club and what standards are required. A no-nonsense approach may be exactly what Boro need at this present moment, and with Pearson having a good record of building teams that are capable of promotion from the Championship, it would be no surprise if Gibson turns to his former captain.

His name is likely to crop up on the betting tips section as the next Middlesbrough manager, and with some offering odds as high as 10/1, now may be the best time to back Pearson to make a return to the Riverside Stadium.

Agnew has done little to convince his doubters that he is the man to take Middlesbrough forward, as even though he took over the reins at a difficult time for the club, the team have disintegrated even further. They are in dire need of fresh ideas and impetus, and there is no better way of doing that than appointing a man who has been there and done it whilst wearing the captain’s armband for Middlesbrough.

Recommended Football Tips
Back Nigel Pearson to be the next Middlesbrough manager @11.00