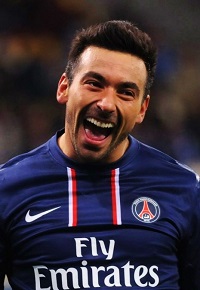 French champions PSG will be looking to carry their impressive pre-season form into the new season against Lille on Friday, with Laurent Blanc’s side well priced to pick up all three points.

French giants PSG will be aiming for their fourth consecutive Ligue 1 title this campaign, when they kick off their campaign away at the Stade Pierre-Mauroy on Friday.

The inevitable arrival of Manchester United midfielder Angel Di Maria may come too soon for Ligue 1’s opening game, but manager Laurent Blanc will see the likely return of Argentina internationals Ezequiel Lavezzi, Javier Pastore and Edinson Cavani who featured in this year’s edition of the Copa America.

PSG’s victory over Manchester United in the Internationals Champions Cup will have done plenty to reaffirm their likely domestic dominance and European expectations for the forthcoming season, but the emerging talent of Jean-Kevin Augustin may be one to watch this campaign.

Opponents Lille finished 27 points behind PSG last season, but the attack-minded side may fancy their chances of at least scoring against PSG this weekend.

PSG have not lost in any of their last five encounters against Lille in all competitions and despite a potentially tricky trip to Lille, Laurent Blanc’s side should kick-off their title defence with a win.

Coach Marcelo Bielsa has had to contend with the departures of several key players during the off season, with Andre Ayew and Dimitri Payet both departing for the English Premiership, whilst central midfielder Gianelli Imbula and striker Andre-Pierre Gignac have both left the club.

Marseille finished as the second highest scorers in the division, but without both Ayew and Payet this season, l’OM may find goals a little harder to come by.

Opponents Caen finished relatively comfortably in Ligue 1 last year and the visitors solid end to last season with the club unbeaten in four games should stand the side in good stead this weekend.

Caen have not lost any of the last three encounters against Marseille in all competitions and have walked away with victory from the Stade Velodrome as recently as February this year. With Marseille’s exodus of players during the summer likely to impact on their performances this season, expect the visitors to cause the hosts problems again this weekend.