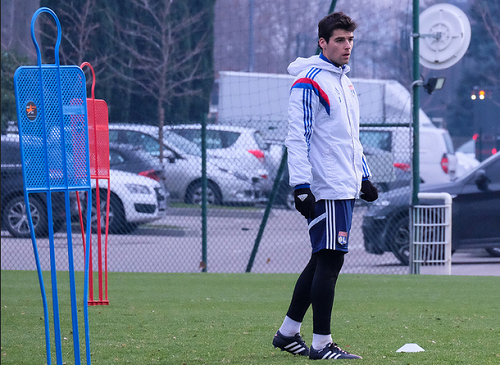 Montpellier’s mid-table clash with Rennes and Lyon’s home match against Evian provide the picks in Ligue 1 this weekend, as Hubert Fournier’s side attempt to keep the pressure on league leaders PSG.

PSG’s domestic dominance mean that the teams finishing in fifth or even sixth place could qualify for the Europa League, giving fresh impetus to teams like Lille, Marseille, Bordeaux and Montpellier.

Montpellier sit just three points behind Bordeaux in sixth place and Rolland Courbis’ side will be pleased to be back at the Stade de la Mosson having won 11 of their 17 games in the French league this season.

Mathieu Deplagne will be missing with a calf injury, whilst Bryan Dabo will likely switch to right-back against Rennes.

Opponents Rennes are fresh off the back of a 2-1 win over Nice to stretch their unbeaten run in the league to five games, but Romain Danze and Philipp Hosiner both look likely to miss out.

Montpellier are chasing a fourth successive home victory against Rennes in all competitions and the hosts look well priced to take home all three points this weekend.

Lyon’s 4-2 win over Reims last weekend almost certainly secured qualification to the Champions League, but Hubert Fournier’s side will continue to chase league leaders PSG who sit just three points ahead of OL.

The hosts are undefeated in 27 of their last 30 matches in Ligue 1, whilst their recent goalscoring run of scoring at least two goals in each of their last four matches looks to give good value in the Asian Handicap betting market.

Opponents Evian suffered a 2-1 defeat at the hands of relegation rivals Bastia last time out and the visitors will be weary of their recent run of form, which has seen them win just one of their last seven matches in Ligue 1.

Evian have lost all of their six visits against sides occupying the top seven places in the league so far and defensive injuries look set to see Evian suffer another blow to their survival hopes this weekend. https://www.flickr.com/photos/58353328@N04/15995217608/