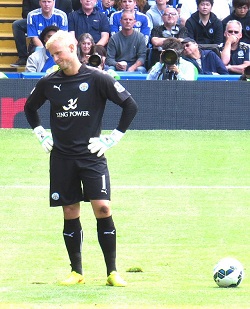 Burnley’s 4-0 defeat away at The Hawthorns left the Tykes bottom of the Premier League after six games.

Burnley will be looking to put Sunday’s heavy defeat in Birmingham behind them, with a trip to the King Power Stadium on Saturday.

Sean Dyche’s side have scored just once in six Premier League games and a lack of cutting edge up front could see the newly promoted side become quickly cut adrift at the foot of the table.

Burnley strikers Danny Ings and Sam Vokes will miss the match on Saturday, with Lukas Juktiewicz and Marvin Sordell tasked with leading the line.

Hosts Leicester will be eager to bounce back after a disappointing defeat at Selhurst Park ended their three match unbeaten run.

Foxes striker Leonardo Ulloa has been the biggest positive for Nigel Pearson’s side this season with the summer recruit having already bagged five goals in the Premier League during this campaign.

Leicester have been impressive in front of the home fans after holding both Everton and Arsenal to draws at the King Power Stadium, whilst a 5-3 victory over Manchester United in their last home match, highlights the confidence and endeavour within the camp this season.

The Foxes are undefeated in their last seven matches against Burnley in all competitions, but a bet with Paddy Power for the best football betting odds on a home win on Saturday at 1.80 is surely too good to miss, with the international break on the horizon.

Burnley have failed to win any of their opening six games in the Premier League and the hosts should make their most of their form at the King Power Stadium to pick up a crucial win on Saturday.