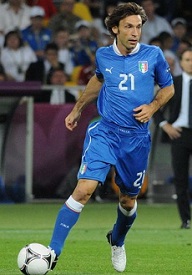 Goals from Luis Suarez and Wayne Rooney saw us win both of our advised free football tips yesterday, as England suffered a 2-1 defeat against Uruguay.

Central American side Costa Rica will be looking to spring another surprise at this summer’s World Cup, after stunning Uruguay 3-1 in their opening game.

The pace of Arsenal’s Joel Campbell may cause the patched-up Italian rearguard some problems in defence; especially on the counter attack, but the Italians are adept at keeping the ball and may look to frustrate their group opponents.

Costa Rica were impressively defensively during qualification and Jorge Luis Pinto’s side may resort to keeping the game tight during the opening exchanges here, despite scoring three times against Uruguay.

Opponents Italy carry an extraordinary goals record at recent tournaments, having scored in each of their last 15 World Cup games and the Azzurri will be confident of scoring given the form of enigmatic striker Mario Balotelli and creative midfielder Antonio Candreva.Veteran goalkeeper Gianluigi Buffon may come in for PSG’s Salvatore Sirigu, whilst Giorgio Chiellini may be moved back into the centre of defence with AC Milan’s Ignazio Abate coming in at right back.The midday heat of Recife coupled with both sides history of being defensive could see under 2.5 goals grab some attention at 1.85, but the Italians are well primed at this level and the European outfit should secure the win they need to set themselves up as winners of Group D.