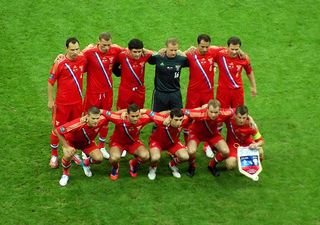 Qualification for the 2014 World Cup in Rio de Janeiro in Brazil gets underway this weekend with Holland facing Turkey, Germany coming up against the Faroe Islands and England travelling to Moldova.

Sportingly Better analyses the best bets ahead of the weekend of international football.

England kick-off Group H with a trip to Chisinau to take on Moldova at the Zimbru Stadium.

The Three Lions have had plenty of concerns ahead of the game following the withdrawals of both Adam Johnson and Ashley Cole, but John Terry appears to have recovered from a slight neck strain.

Both Wayne Rooney and Andy Carroll are missing from the squad so the sharp-shooting of Defoe, Sturridge and Welbeck will be under the spotlight. Ashley Young was not selected but in Carrick, Cleverley, Lampard and Gerrard there is an element of control and quality and the Moldavians should struggle to get a hold of the game in midfield.

Moldova lost seven of ten Euro 2012 qualification games and have so far failed to score in four friendlies in 2012. England last met Moldova in qualification for the World Cup in 1998 winning 3-0 in Chisinau and 4-0 in Wembley.

England are unbeaten in seven games over 90 minutes since Roy Hodgson has took control and have a strong record in qualifiers winning 14 of 18 matches during the World Cup 2010 and Euro 2012 preliminaries.

The match odds on an England win to nil (1.83) are appealing, but the vibrancy of the England attack should see the Three Lions score at least two goals and secure a comfortable winning margin.

Former England boss Fabio Capello is now at the helm in Moscow and pulled no punches when discussing his opponents in the build-up to the match. Capello jibed that Russia “only had two forwards… but it’s only Northern Ireland”, whilst one of those forwards Alexander Kerzhakov reportedly told reporters at a press conference that he had only recently been informed of Northern Ireland’s existence.

Capello has authoritatively stamped his mark on the squad leaving out Andrei Arshavin, Pavel Pogbrenyak and Roman Pavlyuchenko.

Alexander Kerzhakov should spearhead the Russian attack despite criticism at Euro 2012, whilst Alan Dzagoev will pick up the role just behind the striker with Igor Denisov providing cover for the back four.

Northern Ireland have their problems and have lost Celtic’s Paddy McCourt along with Shane Ferguson and Martin Paterson to injury. O’Neill will look to hit Russia on the break and in-form Rangers FC striker Andrew Little is one to watch.

With a new manager at the helm, Russia will want to stamp their mark early on in a group that also contains the Portuguese.