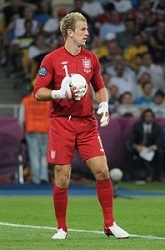 Published on May 29th, 2013 | by Sportingly Better Tipster

England play the Republic of Ireland for the first time since 1995, in a series of games to mark the Football Association’s 150th anniversary.

Sportingly Better picks out the best value international football betting tips on Wednesday, as England host the Republic of Ireland.

England could trail Montenegro by as much as five points in the World Cup Qualifiers by the time the Three Lions resume their own qualification campaign in September and manager Roy Hodgson will need to make the most of the next two friendlies, as England bid to qualify for the World Cup in Brazil.

England have only three central midfielders fit and available in the squad, so Manchester City’s Jack Rodwell may get a rare start in midfield, with Phil Jones or Michael Carrick likely to partner the former Everton player.

Andy Carroll, Steven Gerrard, Jack Wilshere, Tom Cleverley and Kyle Walker have all been withdrawn from the international set-up, but Daniel Sturridge‘s form for Liverpool should see the former Chelsea striker given the chance to impress from the start.

England have been leading at half time in each of their last six international matches. Back England HT at 1.95.

Manchester United striker Wayne Rooney has led the line well for England recently, scoring six goals in his last six appearances for his country and the Three Lions attack should be well represented on Wednesday, with Danny Welbeck, Theo Walcott and Jermain Defoe all vying for places.

Visitors Ireland rank 32 places below England in the FIFA Rankings, whilst recent draws against Austria and Sweden have been less than encouraging.

Striker Robbie Keane has been given special permission by the LA Galaxy to feature in tonight’s match, boosting Giovanni Trapattoni’s offensive options, but Kevin Doyle and midfielder Anthony Pilkington both miss out.

Trapattoni has challenged his players to prove they are as good as England’s star names and the likes of James McCarthy and Jeff Hendrick will be keen to show their worth in front of the Wembley crowd tonight.

England have lost just one of their last nine matches on the international stage and the Three Lions should be too strong for their dogged opponents on Wednesday.