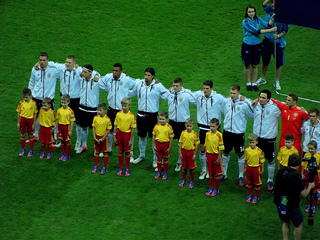 Friday’s opening round of World Cup 2014 qualifiers threw up few surprises, but Italy were held to a 2-2 draw in Bulgaria. England hit five without reply in Chisinau, while France, Netherlands, Germany, Russia, Portugal and Belgium all secured wins.

World champions Spain get their qualification campaign underway on Tuesday with a trip to Georgia, whilst England face the Ukraine at Wembley. Sportingly Better takes an early look at the stand-out bets for the midweek internationals including victory for Germany in Vienna.

Germany began their World Cup qualifying campaign with a reasonable 3-0 victory over the Faroe Islands. A brace from Mesut Ozil was the highlight of Die Mannschaft, but Joachim Low was less than impressed with Germany’s performance.

Reus, Ozil and Klose should all start, but Andre Schurlle may have to again settle for a place on the bench. With just one holding midfielder (Real Madrid’s Sami Khedira), Germany may leave opportunities open for Austria if they can get behind them, so Bender or Kroos may come into the centre.

Opponents Austria were not in action on Friday so Tuesday’s game in Vienna is their first in Group D. Germany are familiar opponents to Marcel Koller’s side after meeting Die Mannschaft twice during qualification for Euro 2012. Germany were 2-1 victors in Austria fifteen months ago and defeated Austria 6-2 in Germany just over a year ago to maintain their 100% record in qualification.

Austria have nine of their squad playing in the Bundesliga including Stuttgart’s Martin Harnik and Werder Bremen’s Marko Anautovic, but Germany’s attacking talents should be too much for their neighbours on Tuesday.