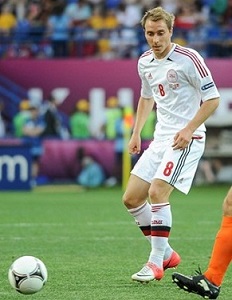 Selections from the 2016 European Championship play-offs and international friendlies provide bets for this week’s football accumulator on Sportingly Better.

Norway will be happy with the draw that saw them come up against Hungary over two legs, but the visitors defence will be difficult to penetrate.

The hosts will however take confidence from how Greece hit four past Hungary in their final group game in the European Championship qualifying group, which was very uncharacteristic of Hungary after conceding just five goals in nine group games previously.

Norway threw away automatic qualification after blowing a 1-0 lead in Italy to lose 2-1, which meant Croatia finished second in the group.

The home side haven’t conceded a goal on home soil for four games on the spin and also three games in succession against Hungary at home. The visitors are the outsiders for Thursday’s match, but Hungary may well look to keep the game tight going into the second leg.

A fierce rivalry remains between these two neighbouring Scandinavian countries and Sweden will be desperate to avenge a four game losing streak against Denmark which stretches back to 2009.

The hosts have failed to score against Denmark for five games in a row, but will be confident of goals with recently crowned Swedish Player of the Year Zlatan Ibrahimovic leading the line.

Ibrahimovic has scored five goals in five games and is also the current top scorer in the French Ligue 1 with nine goals.

In comparison, opponents Denmark aren’t finding it so easy to hit the back of the net, with just one goal in their last four games and an average of just one goal a game in Group I suggests that the visitors may struggle to score on Saturday night.

Greece showed supporters that their might be light at the end of the tunnel, with an entertaining 4-3 victory over Hungary last time out.

That game ended a miserable campaign for Greece who despite upsetting all the odds at Euro 2004 by winning the competition, only managed to win one game during the qualifiers.

Under new management, Greece will be hopeful that 2018 World Cup qualification campaign is somewhat different and a trip to Luxembourg on Friday shouldn’t provide many problems.

The visitors have won every encounter against Luxembourg and by more than two goals on each of the four visits, and although this Greece side is not of the vintage of 2004, the away side should pick up the win.