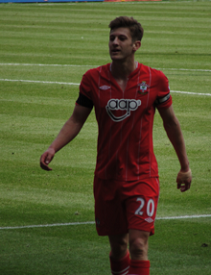 Manchester City striker Edin Dzeko was the highest point scorer in Gameweek 23, after grabbing a goal in the Citizens 5-1 thrashing of Tottenham at White Hart Lane.

Elsewhere Daniel Sturridge scored twice during Liverpool’s 4-0 win over Everton in the Merseyside derby and Jason Puncheon continued his fine form for Crystal Palace as the Eagles secured another low-scoring win.

Luis Suarez made the most of Phil Jagielka’s mistake by scoring Liverpool’s fourth goal in a resounding win in the Merseyside derby.

The Uruguay international moved to 22 goals this season to maintain an eight-goal lead over Manchester City striker Sergio Aguero, who picked up a hamstring injury during the week.

Suarez scored a hat-trick in the reverse fixture with West Brom back in October and the talismanic striker remains as short as 1.53 to score anytime at the Hawthorns on Sunday.

Opponents West Brom conceded four goals against rivals Aston Villa on Wednesday and new coach Pepe Mel will have his work cut out to keep the Premiership’s top marksman off the scoresheet this weekend.

Robin van Persie marked his return from injury by scoring the opening goal during the Red Devils 2-0 win over Cardiff.

The Dutch international was deemed fit enough to start at Old Trafford on Tuesday and despite only recently returning from injury, van Persie is expected to start for Manchester United on Saturday.

Van Persie was on target in the reverse fixture with Stoke back in October and the acquisition of club record signing Juan Mata is likely to improve van Persie’s opportunities in front of goal after laying on the striker’s opener on Tuesday.

Opponents Stoke have now gone seven games in the Premier League without keeping a clean sheet and Manchester United’s newly returned striker will be eager to make up for lost time by firing the Red Devils to their seventh victory on the road this season.

Highlighted in our latest fantasy football tips, Adam Johnson continued his fine run of form for Sunderland, by scoring the winner in a 1-0 victory over Stoke.

The England international has been reborn under new boss Gus Poyet, with the wide man having now been involved in 10 of the Black Cats last 12 goals in all competitions.

Opponents Newcastle have not kept a clean sheet at home in any of their last six games at St James Park and the Premier League’s most in-form player looks the main danger for the Magpies in the Tyne and Wear derby on Saturday.

Cardiff wrapped up their fifth signing of the January transfer window, with the loan capture of Manchester United winger Wilfried Zaha.

The signing of Wilfried Zaha has been the deal that Cardiff boss Ole Gunnar Solskjaer has been eager to push through and with Norwich, Swansea, Aston Villa and Hull the next four opponents for Cardiff, Zaha is set for a starring role for the Bluebirds over the next few months.

Opponents Norwich have kept out Hull and Newcastle in recent weeks, but the home side will be eager to arrest their slide in the Premier League with Zaha likely to be at the forefront this weekend.

The England international has been in good form for Mauricio Pochettino’s side after scoring three goals and picking up three assists in his last seven games for the club.

Opponents Fulham have gone eight games in the league without recording a clean sheet and Southampton’s key midfielder is likely to pick holes in Rene Meulensteen’s out-of-form side.