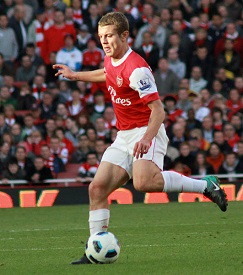 Chelsea forward Samuel Eto’o was the highest point scorer in Gameweek 22, after scoring a hat-trick during the Blues’ 3-1 victory over Manchester United.

Luis Suarez won his seventh penalty of the season, as Liverpool recovered from two goals down to draw with Aston Villa.

The Uruguay international’s goalscoring record at Anfield remains remarkable, with the striker having scoring 15 goals in just eight home appearances for the club.

Suarez was on target in the reverse fixture with Everton back in November and the striker will be keen to endear himself to the Kop even further after signing a new contract with the club last month.

Opponents Everton have failed to keep a clean sheet in any of their last four games away from Goodison Park and Liverpool’s star striker will be hoping to continue to his fine form at Anfield on Wednesday.

The ever-present midfielder has already matched last season’s tally of nine goals and remains pivotal to Jose Mourinho’s plans at Stamford Bridge, despite the emergence of Oscar and Willian for the Blues this year.

Opponents West Ham have shipped 25 goals in their last 12 matches in the Premier League and Chelsea’s most consistent selection should come to the fore again this week.

Adam Johnson followed up his hat-trick against Fulham by netting against Southampton at St Mary’s Stadium, as Gus Poyet’s side continued to show promise in the Premier League.

The forgotten England international was rested during Sunderland’s FA Cup victory over Kidderminster Harriers on Saturday, having been previously involved in nine of the Black Cats last 11 goals in all competitions.

Opponents Stoke have failed to win any of their last nine matches away from home and the Premier League’s most in-form player looks set to continue his good run of form at the Stadium of Light on Wednesday.

Jack Wilshere picked up his third assist in as many games, as Arsenal beat Fulham 2-0 at the Emirates Stadium.

The England international has started each of the last four games for the Gunners in the Premier League and also featured for 90 minutes during Arsenal’s 4-0 victory over Coventry in the FA Cup on Friday.

Opponents Southampton have kept just two clean sheets in their last 13 games in the Premiership and Arsenal’s in-form midfielder may find himself central to Arsene Wenger’s side once again this week.