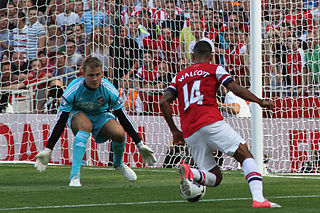 Both Chelsea and Aston Villa play twice during Gameweek 1.

Eden Hazard will be looking to build on his return of nine goals, 16 assists and 22 bonus points from his debut campaign in the Premier League last year, with the Belgian midfielder widely expected to be central to Jose Mourinho’s plans this season.

Currently the second most popular player in fantasy football, Hazard looks perfectly poised to capitalise on the Blues’ bonus fixture in Gameweek 1, whilst a price tag of £9.5m leaves the former Lille playmaker a full £1.0m cheaper than teammate Juan Mata.

Opponents Aston Villa were hit for eight goals in the same fixture last year and although the Blues are unlikely to hit the same heights this time around, Hazard will look to cause the Villains defence the same kind of problems.

Only Robin Van Persie and Gareth Bale could better Juan Mata’s return of 212 points for Chelsea last season and the Blues Player of the Year will be eager to maintain his form for the Europa League holders going into the weekend.

Mata was involved in 38.7% of Chelsea’s goals in the Premier League last year and the west London club’s bonus fixture against Aston Villa on Wednesday provides Mata with the ideal opportunity to make an even bigger mark on the club.

With Hull (H) and Aston Villa (H) the opponents in Gameweek 1, expect Chelsea’s influential midfielder to play a major part in the Blues opening exchanges this weekend.

A debut goal for England on Wednesday may have thrust Southampton striker Rickie Lambert into the media spotlight this week, but Southampton’s leading talisman will have been well fancied by many going into Gameweek 1.

Lambert scored 15 goals in the league for the Saints last year, whilst eight assists and 32 bonus points will have given fantasy managers plenty of encouragement given Southampton’s decent run of opening fixtures.

Opponents West Brom have bolstered their defence with the signing of Uruguay captain Diego Lugano over the summer, but neither side look likely to hold back on Saturday, with goals expected at the Hawthorns.

After missing out on Edinson Cavani and with a deal for Wayne Rooney far from concluded, Belgian striker Romelu Lukaku looks likely to be given a chance in Jose Mourinho’s starting line-up, with rumoured signing Samuel Eto’o possibly on his way.

Lukaku hit 17 goals for West Brom in the Premier League last season and Mourinho’s praise of the Belgium international during pre-season suggests that the former Anderlecht striker may be given a chance for the Blues in the opening rounds.

A potential Gameweek 2 transfer, Lukaku looks a measured gamble for Gameweek 1, with the Portuguese manager looking less than impressed with Fernando Torres and Demba Ba.

The Premier League’s most popular goalkeeper will be looking to kick-off his career at Anfield with a clean sheet, following a £9 million move from Sunderland.

Mignolet picked up 11 clean sheets in each of his last two seasons in the Premier League, with the Belgium international’s switch to Liverpool due to increase the stoppers expected return of shut-outs this season.

Opponents Stoke have not scored in any of their last five visits to Anfield and a continued lack of firepower suggests that the Potters will draw another blank in Liverpool this weekend.