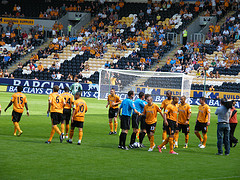 Published on May 2nd, 2013 | by Sportingly Better Tipster

With just one game remaining, Sportingly Better analyses the best bets and football predictions from the English Championship, going into the final game of the season.

Just one point separates second placed Hull with third placed Watford, but it is Gianfranco Zola’s Hornets who carry the momentum going into the final match.

Wins over Blackburn and Leicester have brought Watford into contention for automatic promotion, whilst rivals Hull have failed to win or score against any of the bottom-three sides in their last three games in the league.

Steve Bruce’s side host champions Cardiff City at the KC Stadium on Saturday, but the Bluebirds are unbeaten in their last seven games, despite wrapping up the title a couple of weeks ago.

Watford meanwhile host Leeds at Vicarage Road and the Championship’s top scorers are the value bet to earn automatic promotion this weekend.

Recommended Bets
Back Watford to finish in the top two @2.20

Crystal Palace, Bolton, Nottingham Forest and Leicester are all vying for the remaining two places in the play-offs, with Brighton and promotion chasing Watford or Hull assured of the other two spots.

Fifth placed Crystal Palace remain in the best position going into Saturday’s match, despite slipping to a 1-1 draw with Millwall on Tuesday. The Eagles have not won any of their last eight matches in the Championship, but manager Ian Holloway remains bullish that Palace will be in the mix for the play-offs.

Sixth placed Bolton carry the best form going into the final match out of all of the play-off contenders; winning four of their last six matches and the Trotters form at the Reebok Stadium leaves Dougie Freedman’s side in a strong position to maintain their position in the play-off zone.

Leicester City suffered an almost fatal defeat against promotion chasing Watford last time out and the Foxes odds of 7.00 reflect Nigel Pearson’s chances of making the top six this season.

Leicester face fellow play-off hopefuls Nottingham Forest at the City Ground on Saturday, but it is the home side who are the more likely to claim all three points in the East Midlands.

Recommended Bets
Back Bolton to reach the play-offs @1.50

Millwall, Huddersfield and Sheffield Wednesday are still not mathematically safe from the drop, but it is Barnsley and Peterborough who will battle it out for survival, with Wolves all but condemned with Bristol City to League One.

Barnsley’s 2-0 win over Hull at Oakwell last time out gave David Flitcroft’s side a lifeline going into the final game of the season, but the Tykes lack of cutting edge may ultimately cost the Yorkshire side’s Championship status, despite some increasingly resilient displays.

Barnsley take on Huddersfield on Saturday, but the Terriers will be keen to ensure their match at the John Smith’s Stadium does not threaten their own survival hopes. Huddersfield have won three of their last four games in the Championship and the fire power from strikers James Vaughan and Jermaine Beckford should ensure that Huddersfield come away with all three points.

Peterborugh United face Crystal Palace at Selhurst Park on Saturday, but the Posh go into the match in superb form having lost just one of their last 12 games in the league. Peterborough’s superior goal difference leaves the Posh’s fate in their own hands and a win on the weekend would be enough to secure their survival in the Championship and condemn Barnsley to the third tier of English football.

Recommended Bets
Back Barnsley to be relegated @1.72