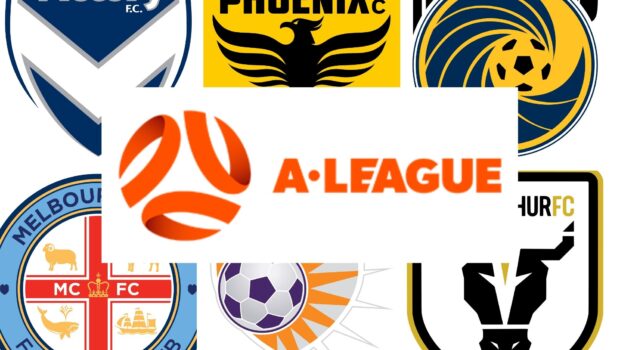 Sportingly Better dives downunder to bring you betting tips from this weekend’s A-League action. Australia’s top football competition has seen its fair share of ups and downs this season, due to Covid-19. But, the action has been nothing short of brilliant, with goals galore.

We feature two derbies and a top of the table clash on Monday night. Who will secure bragging rights in Melbourne? The distance derby is back. And can a surprising table topping Mariners side put more distance between themselves and the rest of the pack?

The Melbourne derby has become a classic fixture in Australian football. All time this fixture is split almost exactly down the middle. In 31 matches, Victory hold 12 wins to City’s 11, with 8 draws.

Victory have been one of the most successful teams in the A-League having won the competition on four occasions. On the other hand, City reached their first grand final last season after years of promise, only to come up short.

This season, fortunes have been reversed as Victory find themselves at the bottom of the table, while two straight wins has seen City reaffirm themselves as contenders. And they will be looking to further their credentials with a win against their crosstown rivals.

Star striker Jamie Maclaren has bagged 7 goals from 8 games so far for City. Look for him to torment a Victory backline that has already conceded 17 goals.

Next up we look at the appropriately named, distance derby. Usually, these sides are separated by 5,000km of land and sea. However, due to Covid-19 related border restrictions in their home country, Wellington have temporarily relocated to Wollongong, New South Wales.

The Phoenix have yet to find comfort in their home away from home. Despite boasting a strong squad and creating plenty of chances, they find themselves just one point off the bottom of the ladder.

A win last time out was a welcome three points for the Phoenix and stopped their run of four games without a win. Ufuk Talay’s men should continue to create plenty of chances in front of goal, but whether they can convert enough of them to win this one remains to be seen.

Perth are coming off their first defeat in four games and will be hungry to bounce back. After a delayed start to their season, the westerners shot out of the gate banging in goals for fun. At the back, they’ve been similarly generous having not kept a clean sheet and allowing 15 goals in just 7 games.

If both sides bring their attacking best, we could be in for a high scoring affair. At the very least, backing both teams to score looks a solid option on Sunday.

Who would’ve picked after 10 rounds, that last season’s wooden spooners and the competition’s new boys, would be one and two on the table. That is where Central Coast and Macarthur find themselves respectively.

The Mariners collected just 18 points last season on their way to the wooden spoon. Fast forward 10 months and it took them only 8 games to match that total. Led by the ageless Matt Simon, they continue to find ways to win and silence the critics.

Similarly, Macarthur have taken to life in the A-League well and continue to pick up results against much more fancied sides. They have wins over Brisbane and Sydney in their last fixture. Led by the league’s joint top scorer, Matt Derbyshire, the Bulls are showing they must be taken seriously.

Central Coast won the first meeting between these sides, but look for Macarthur to return the favour and close the gap at the top of the table.

Had enough? For gambling help in Australia, visit Gambling Help Online. Or in the UK, visit Gamble Aware.