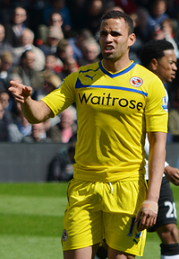 Last weekend’s winning accumulator bet followed up our profits from the Premier League and if you’ve been following us on Facebook, Twitter or Google+ then you would have found successive winners at 2.52, 2.50, 1.40 and 2.05 since Tuesday.

Selections from the Championship, Ligue 1 and Bundesliga make up the bets for this weekend’s football accumulator tips on Sportingly Better, returning odds of 5.10.

Promotion-chasing Reading host struggling Bournemouth on Saturday, with the Royals looking to make it three wins on the bounce.

Reading are undefeated in their last nine matches at the Madejski Stadium and are one of only three teams in the Championship who still remain unbeaten at home.

Reading have scored two or more goals in five of their last six meetings against Bournemouth in all competitions. Back Reading to score over 1.5 goals at 1.72.

Opponents Bournemouth have gone seven games without a win in the Championship and the home side will be looking to make it three wins in a row to keep chase with the league leaders.

Relegation-threatened Frankfurt host near rivals Hoffenheim on Saturday, with both sides eager to boost their survival chances.

Frankfurt have failed to win at the Commerzbank-Arena in the Bundesliga this season; a record that will have to change if die Adler are going to preserve their status in the German top flight.

Opponents Hoffenheim sit just three points above the drop zone, but a win on Saturday could give Markus Gisdol’s side some much needed breathing space after going five games without a win.

Twenty one of Hoffenheim’s last 22 games in the Bundesliga have finished with three goals or more and Saturday’s open encounter could lead to both sides pushing for three points this weekend.

Christophe Galtier’s direct approach has paid dividends at times, but a distinct lack of shut-outs could ultimately scupper St Etienne’s ambitions this time around.

Opponents Evian secured a surprise 2-0 victory over PSG last time out, but away from the altitude of the Parc des Sport ground and Pascal Dupraz’s side have been struggling, losing four of their seven matches on the road this season.

Betting Accumulator Odds – 5.10 (three or more goals in both the St Etienne v Evian and Frankfurt v Hoffenheim matches as well as a win for Reading)