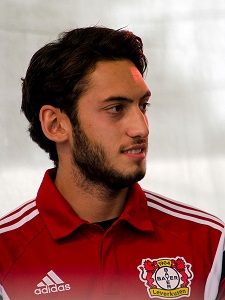 Selections from the Bundesliga, Premier League and Football League make up the bets for today’s football accumulator tips on Sportingly Better, returning odds of 3.92.

Bayer Leverkusen will be looking to maintain their impressive start to the season following a 2-0 victory away at Borussia Dortmund on the opening game of the season.

Roger Schmidt has continued his attacking traits from Red Bull Salzburg to make the German outfit a really exciting team to watch, with the 4-0 Champions League qualifying victory over Copenhagen growing proof of their confidence in front of goal.

Opponents Hertha Berlin could have as many as nine players missing for the trip to the BayArena on Saturday, but the side did manage to pick up a point against Werder Bremen last time out.

Leverkusen have scored at least two goals in each of their last six games in the Bundesliga and Roger Schmidt’s attacking side look more than capable of reaching that target again against a heavily depleted Hertha Berlin side.

Norwich will be looking to make it five wins on the bounce after a 3-1 victory over Crawley in the Capital One Cup.

The Canaries have scored exactly three goals in every match at Carrow Road this season, whilst Norwich striker Lewis Grabban will come up against his former club after scoring 22 goals for Bournemouth last year.Opponents Bournemouth bounced back from successive defeats by picking up a 3-0 win over Northampton, but the scoreline could have been far higher.The last meeting between these two sides ended in a draw, but Saturday’s encounter in East Anglia should see plenty of goals at both ends of the pitch.

Manchester United will be looking for their first win of the season, after an embarrassing performance against MK Dons in the Capital One Cup in the week.

Louis van Gaal will put club-record signing Angel di Maria straight into the starting line-up, with a victory and show of attacking intent urgently needed by the Red Devils.

A lack of understanding with playing three defenders at the back continues to hinder the 20-times Premier League champions, with more defensive enforcements needed.

Opponents Burnley will be boosted by a return to Turf Moor, but the arrival of Angel di Maria to the squad should provide Manchester United with the impetus to pick up their first win of the season.