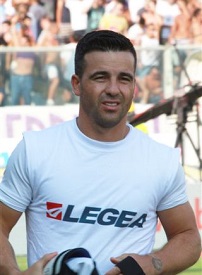 Selections from Serie A and the Football League make up the bets for this weekend’s football accumulator tips on Sportingly Better, returning odds of 5.56.

League One leaders Wolverhampton Wanderers will be looking to maintain their four point cushion at the top of the table, with a trip to Stadium MK on Saturday.

Wolves have won 11 of their last 13 matches in League One, with Kenny Jackett’s side proving to be excellent on the road with 11 wins from 18 matches this season.

The visitors welcome back Bakary Sako, Nouha Dicko and Jack Price from injury, with a travelling support of almost 9,000 fans expected for the title favourites.

Hosts MK Dons have lost each of their last three games at home in the league and Karl Robinson’s inconsistent side are likely to find themselves suffering a fourth defeat at home this weekend.

Play-off contenders York and Burton Albion come to blows on Saturday, as both sides continue to consolidate their position in the top seven.

The hosts go into this weekend’s match as the most in-form side in the division having won each of their last six games in League Two, with all but one of those victories having been won to nil. A similar result with York winning without conceding can be backed at odds of 4.00.

Visitors Burton picked up their first win in four games, securing a narrow 1-0 win over Wycombe last time out.

Both these sides will be mindful of avoiding defeat this weekend and although York have the ability to fire in three or four goals at Bootham Crescent, the recent form of both sides suggests another cagey affair is likely.

Udinese will be looking to build on their good form on Monday night, with last placed Catania the visitors to the Stadio Friuli.

The hosts have lost just two of their last nine matches in the league, but the Zebrette’s overall standing of fourteenth placed will be disappointing to manager Francesco Guidolin this term.

Veteran striker Antonio Di Natale has been getting back amongst the goals, which looks a good sign for the home side who have won seven matches in Genoa this term.

Visitors Catania sit bottom of Serie A, but their 4-2 defeat against Napoli last time out did at least show that there is some fight and desire to pull themselves out of the drop zone.

Catania have lost 13 of their opening 15 matches away from home this season and Serie A’s worst travelling side should once again find themselves coming unstuck on the road this weekend.

Betting Accumulator Odds – 5.56 (wins for Wolves and Udinese as well as less than three goals in the York v Burton match)