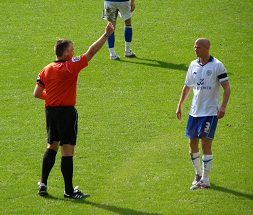 For the second week in a row we won our accumulator bet here on Sportingly Better, as wins for QPR and Peterborough along with Monaco avoiding defeat gave us a winning accumulator betting slip of 7.32.

Selections from the Championship and the Football League make up the bets for this weekend’s football accumulator tips coupon on Sportingly Better, returning odds of 5.15.

Promotion chasing Wolves will be looking to build on their encouraging start to the season, with Sheffield United the visitors to Molineux.

Kenny Jackett’s side have won six of their opening eight matches in League One this season and the Black Country side look well priced in the outright betting market.

Visitors Sheffield United have lost each of their last seven away matches in League One, but deals for Marlon King and Ryan Hall in the last week will have boosted David Weir’s side.

Wolves surrendered their 100% home record against rivals Walsall in their last game at Molineux, but Kenny Jackett’s side will need to pick up all three points on Saturday to keep pace with early leaders Leyton Orient and Peterborough.

Leicester will be looking to win their fourth match in a row at the King Power Stadium on Saturday, with relegation-threatened Barnsley the visitors to the East Midlands.

The Foxes were unlucky not to take all three points at Bloomfield Road in their last match in the Championship, but Nigel Pearson will have to sort out his side’s leaky backline if the club are to make a credible challenge for promotion this season.

Visitors Barnsley have the worst defensive record in the division after conceding 22 goals in their opening eight matches of the season, but the injury to goalkeeper Luke Steele has at least been appeased by the loan cover of England international Jack Butland.

Leicester have scored at least two goals in all three of their home matches this season and Nigel Pearson’s high-flying side should have too much for Barnsley.

Sixth placed Nottingham Forest host twelfth placed Derby County in the early kick-off on Saturday, with both sides eager to boost their promotion chances at the expense of their rivals.

Nottingham Forest have scored in all 10 of their league and cup outings this season and the hosts will be looking to net again against the Rams this weekend.

Visitors Derby have won three of their opening four away matches in the Championship this season and Nigel Clough’s side are likely to be difficult to beat away from home this weekend.

Both sides have seen three or more goals scored in each of their last four matches in the Championship and the odds of another high-scoring match look well priced on Saturday.

Betting Accumulator Odds – 5.15 (wins for Wolves and Leicester as well as three or more goals in the Nottingham Forest v Derby match)

Do you bet on accumulators each weekend?

Bet £10 on a 5-fold Premier League accumulator with Paddy Power this weekend and if it loses, you’ll get it refunded as a free £10 bet!
http://bit.ly/FreePremAcca